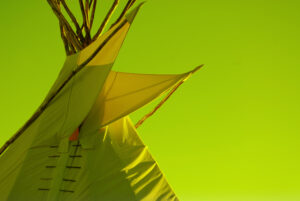 The Doré framework is applicable when an administrative tribunal’s decision making engages the underlying principles and values of section 35 of the Constitution Act, 1982, and such decisions are to be reviewed on the same standard of reasonableness.

This case involved an application for judicial review by the WSÁNEĆ School Board (the WSB) seeking to set aside a decision of the Canada Industrial Relations Board (CIRB). Specifically, the WSB challenged a decision of the CIRB to dismiss an application from the WSB in which it sought to exclude employees teaching WSÁNEĆ language, beliefs, and culture in the SENĆOŦEN Immersion Program from the all-employee bargaining unit of the BC Government and Service Employees’ Union (BCGSEU).

The WSB argued that including the SENĆOŦEN employees in an all-employee bargaining unit would negatively impact the constitutional rights of the WSÁNEĆ First Nations to control the transmission of their language and culture, as entrenched in ss 25 and 35 of the Constitution Act, 1982. The WSB submitted that the Canada Labour Code must be interpreted and applied in a manner that respects these constitutional rights and takes into account the values and principles that underpin them, including the need for reconciliation. The WSB also asserted that the CIRB had breached its procedural fairness rights by failing to grant it an oral hearing. The WSB had unsuccessfully sought an oral hearing before the CIRB on the basis that this would allow for an explanation of the WSÁNEĆ beliefs and teachings in accordance with their oral traditions.

The Federal Court of Appeal held that the CIRB’s decision to dismiss the application was reasonable and that the CIRB was not obligated to provide an oral hearing.

Writing for the court, Gleason JA accepted that correctness is the appropriate standard for determining whether an oral hearing is required as part of procedural fairness though he also stated that the circumstances in which a party’s procedural fairness rights may be said to be violated are narrow. With respect to the merits of the CIRB decision, Gleason JA noted that reasonableness was generally the applicable standard to CIRB decisions that interpret and apply the Canada Labour Code and held that WSB’s invocation of ss 25 and 35 of the Constitution Act, 1982 did not require him to reach a different conclusion here.

The WSB did not seek to have the CIRB rule on the scope of its Aboriginal rights to control education nor did it argue that such rights brought the labour relations of the SENĆOŦEN employees outside the purview of the Code. Instead, WSB invoked principles and values enshrined in ss 25 and 35 of the Constitution Act 1982, and argued that these required the CIRB to determine that the SENĆOŦEN employees should be excluded from BCSGEU. Gleason JA found this argument to be analogous to the those advanced in Doré v Barreau du Quebec, 2012 SCC 12, [2012] 1 SCR with respect to the need for an administrative tribunal to balance Charter values against other administrative law considerations. He accepted that the Doré framework could be applied to principles and values underlying s 35 of the Constitution Act, 1982.

Gleason JA invoked the principle that employee units should not be fractured without compelling evidence. As indicated by the CIRB, compelling evidence might include geographic factors, specific statutory provisions and the likelihood that a larger unit may not be viable. Ultimately, Gleason JA found that there was no evidence the WSB would lose their control over the way the SENĆOŦEN employers performed their duties. He also pointed out that the application may have been premature as there was no way to know whether the BCGSEU would accept terms and conditions that the WSB sought for the SENĆOŦEN employees and the WSB raised concerns about an eventual strike that were premature and theoretical in the absence of any evidence that a strike was likely.

With respect to procedural fairness, Gleason JA noted that the request for an oral history was neither clearly made nor well supported by the evidence. Moreover, he pointed out that it was well within the Court’s powers under the Canada Industrial Relations Board Regulations to decide the matter without an oral hearing, which the WSB knew prior to making their application.