The article was precipitated by the courageous call for action by a group of Saskatchewan physicians and CoM faculty members and their coalition of patient and clinician colleagues. These physicians include Dr. Steve Sanche, Dr. Kris Stewart, both infectious disease specialists, and Dr. Ryan Meili, family physician.

Picard writes, “The rate of HIV-AIDS in Saskatchewan, particularly in First Nations communities, is so high that the province should declare a public health state of emergency.”

In fact, the HIV infection rate in Saskatchewan is 13.8/100,000 which is almost double the national rate of 7.8/100,000. Even more troubling is the rate among our Aboriginal population on reserves, where the rate is 64/100,000. And these are all likely underestimates, as, although testing has increased somewhat, many at risk people remain untested.

Furthermore, we are not even coming close to reaching treatment goals as “in Saskatchewan, once again, the HIV-AIDS death rate is 3.1 per 100,000, four times the national average of 0.7 per cent. Most troubling of all may be the fact that, last year, three babies were born HIV-positive in Saskatchewan, even though mother-to-child transmission is entirely preventable.”

Drs. Sanche, Stuart and Meili, in today’s Star Phoenix, call on the province to adopt the UNAIDS 90-90-90 strategy. Star Phoenix reporter Charles Hamilton includes in his story, “The United Nations recommends increased testing so 90 per cent of people with HIV know their status; making sure 90 per cent of those patients receive the proper anti-viral drugs to treat the disease; and ensuring that 90 per cent of those people have “repressed viral loads” so infection doesn’t spread.”

These CoM faculty physicians are not the only ones calling on the province for action. Canada and Saskatchewan were in the spotlight in July at the 21st International Aids Conference in Durban, South Africa. Dr. Stuart Skinner, an infectious disease specialist and CoM faculty member in the Regina Qu’Appelle Health Region (RQHR), advocates for improved HIV testing and care in an earlier article in The Globe and Mail.

Dr. Alex Wong, another Infectious Disease Specialist, researcher and CoM faculty member in the RQHR presented The Developing World in Our Own Backyard: Concentrated HIV Epidemics in High Income Settings in 2015 at the International AIDS Conference on HIV Pathogenesis, Treatment and Prevention in Vancouver. According to Maclean’s Magazine, he sometimes calls this presentation Africa on the Prairies.

What these physicians are saying is incredibly important for the people of Saskatchewan, those at risk for or suffering from HIV-AIDS and our Aboriginal communities, which are disproportionately affected by this horrible disease. They are also being incredible role models for our learners.

CanMEDS, our national medical curriculum framework, was first advanced by the Royal College of Physicians and Surgeons and is increasingly being adopted around the world as the basis for medical curricula. 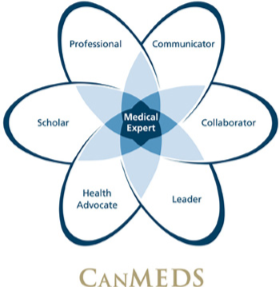 One of the seven essential roles of physicians is that of health advocate. As stated by the Royal College, “As Health Advocates, physicians contribute their expertise and influence as they work with communities or patient populations to improve health. They work with those they serve to determine and understand needs, speak on behalf of others when required, and support the mobilization of resources to effect change.”

The CoM has had a long history of advocacy, starting with our first dean, Dr. Wendall McLeod, who was a great supporter of Tommy Douglas and the birth of Medicare in Saskatchewan. Our college is replete with current demonstrations of health advocacy: our Global Health Certificate, our Making the Links program, our Department of Continuing Medical Education and our Division of Social Accountability with our refugee health conference this spring, and many more examples. Our students demonstrate the same commitment to advocacy with their student run clinics, SWITCH and SEARCH, and the amazing student led conferences on Global Health and Health Innovation and Public Policy.

Kudos and thanks to all of these physicians for their work in health advocacy and thank you for being such excellent role models for our students and residents. It is moments like this that I know we are a great medical school and an incredibly important asset to Saskatchewan.

As always, I welcome your feedback and thank all for their commitment to the CoM.