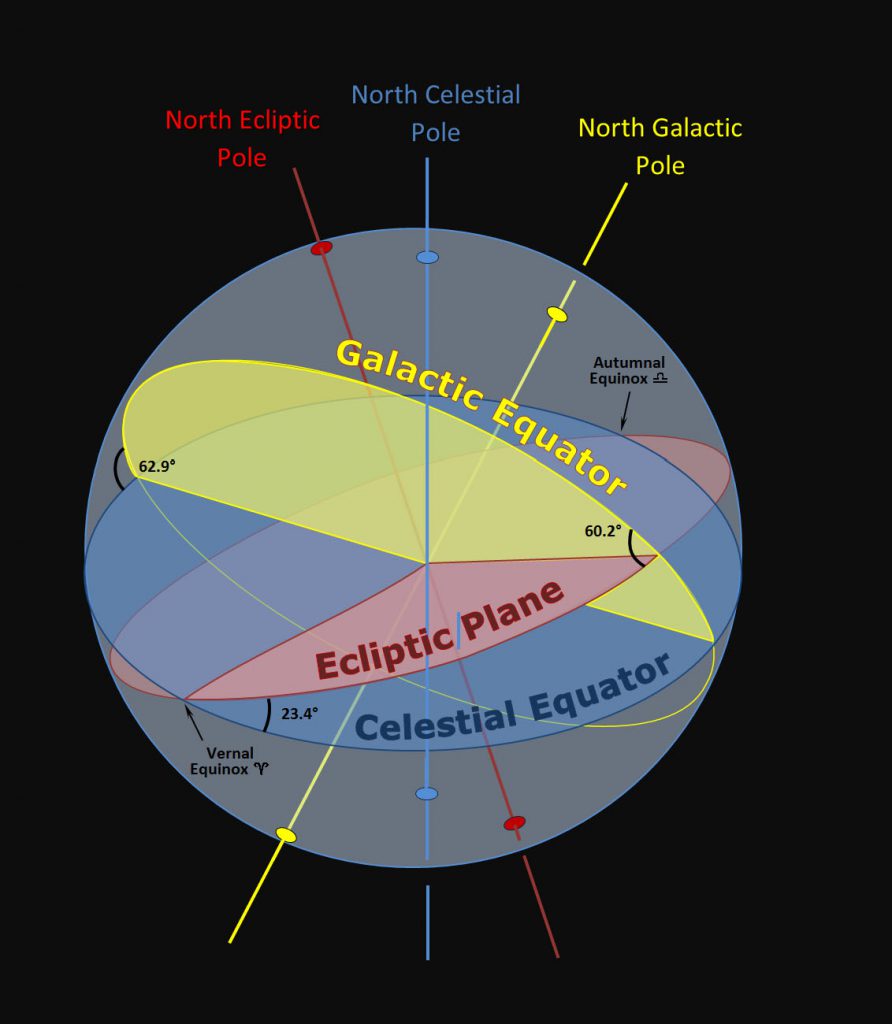 From the dawn of civilization, humans have been entranced, influenced and fascinated by the night sky. The sky served as a navigation tool, it had religious significance, and it was used as a source of instruction and warnings. Different cultures around the world each witnessed different phenomena over the centuries and this depended on where they lived. We want to investigate why different cultures, particularly the Inuit of the Northern Hemisphere and the Maori in the Southern Hemisphere, saw different phenomena in their night skies.

We decided on this topic because of the cultural significance the night sky had on these societies. The Inuit are a unique group in the northernmost regions of the Northern Hemisphere. The Maori inhabit a much different environment, mainly in New Zealand and are in the opposite hemisphere. We also wanted to explain to the general public why the night sky looks so different in different parts of the world. 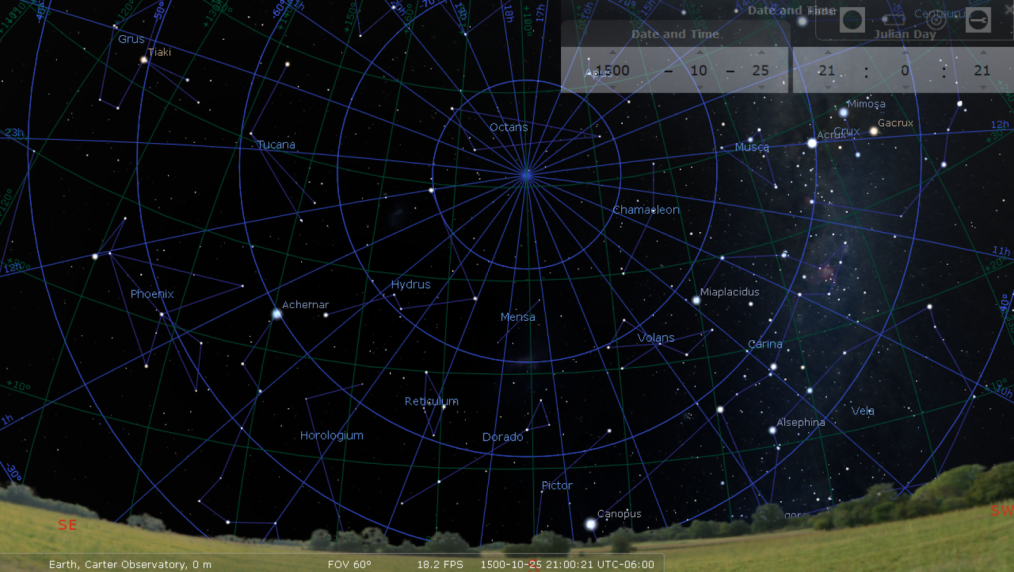 People see different phenomena in the night sky because of the Earth’s tilt on its axis, and the observer’s position on the globe.[1] We also know, because of the significant difference in positions on the globe for the Inuit and Maori, they saw different constellations and had different myths to coordinate with what they saw which contributed greatly to their culture and ways of life.1

To determine what you see in the night sky will depend on the celestial co-ordinates of the stars, and your geographical location.[2] Celestial co-ordinates are merely the positions of the stars mapped out in the sky by astronomers.2 If Earth is a sphere, imagine the celestial sphere encompassing it. Celestial coordinates correspond to the Earth’s geographic coordinates.2Celestial coordinates are measured by two parameters - right ascension and declination. Right ascension is analogous to longitude (measured in hours, eastward along the celestial equator from the vernal equinox) and declination is analogous to latitude measured in degrees, north and south of the celestial equator.2 The celestial equator is analogous to the equator and divides the Northern and Southern hemispheres.2 The vernal equinox is the place where the ecliptic (the apparent path of the Sun in the sky) intersects the celestial equator.2 Equatorial coordinates (right ascension and declination) can be converted to altitude-azimuth coordinates if you know the observer’s latitude.2 These all determine the position of stars for astronomers.2 The stars have the same equatorial coordinates, regardless of the global position of the observer. Depending on the geographic location of the observer, determines which stars are seen and how often. Stars are considered circumpolar if, to the observer, they never set and are always seen in the sky, while others are seasonal, and come and go due to Earth’s revolution around the Sun.1 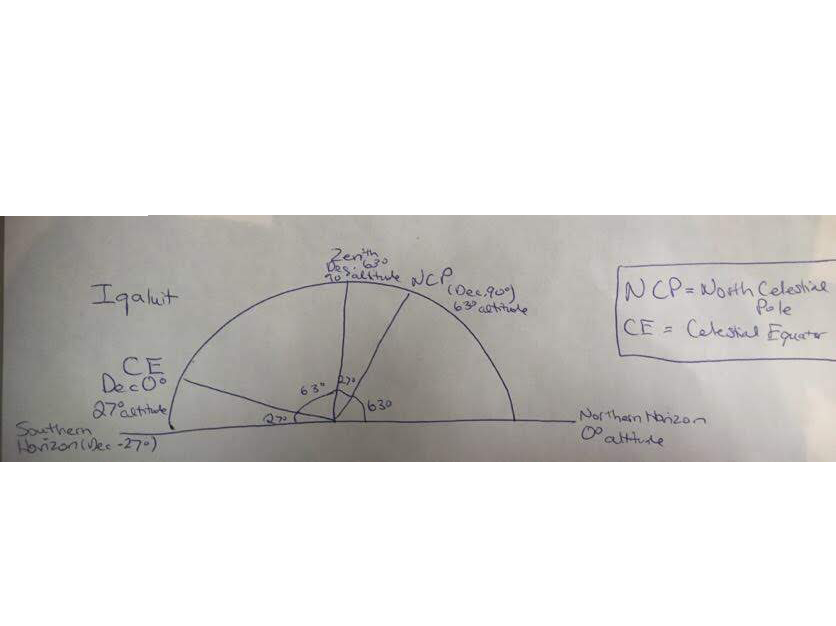 Figure 3. A diagram of the night sky as seen from Iqaluit.

As the Inuit are in the far north, they would see many stars close to the North Celestial Pole (NCP).2 The NCP is projected onto the celestial sphere above the geographic North Pole and is +90 degrees declination.2 An observer can determine what stars they can see based on their latitude. For example, Iqaluit is at 63 degrees latitude, meaning that the NCP is 63 degrees above Iqaluit's northern horizon.4 Any star that is within 63 degrees of the NCP is circumpolar, to 54 degrees above the southern horizon (90 - 63 = 27 and 27 x 2 = 54). This means an observer in Iqaluit would see many circumpolar constellations.2 Anything below 63 degrees to 54 degrees above the southern horizon would be a seasonal constellation. Stars that are below -27 degrees declination cannot be seen by people in Iqaluit. At the NCP, stars that are in the Northern Hemisphere never set. The following diagram shows an example of the night sky seen in Iqaluit.

The Maroi people, who are primarily in New Zealand, would see a very different sky. Many of their constellations would be seasonal, due to their location to the South Celestial Pole (SCP).2 The South Celestial Pole (SCP) would be projected onto the celestial sphere above the geographic South Pole and is -90 degrees declination. We determine which stars we can see in the Southern Hemisphere by using the same calculations mentioned before. Carterton, NZ is -41 degrees south, and our zenith is directly overhead, it has an altitude of 41 degrees.6 The SCP is therefore -49 degrees south. The seasonal constellations for Carterton would be visible between the northern horizon, till 82 degrees above the southern horizon (anything within a radius of 41 is circumpolar so 41+41=82). An observer in Caterton would have their zenith pointing at a seasonal constellation, as they would be at -41 degrees. Carterton’s night sky would have different circumpolar constellations and more seasonal constellations, because the observer would be at a position to see a greater expanse of sky with seasonal constellations. Anything in the sky below -49 degrees would not be seen by an observer in Carterton. At the SCP, stars that are in the Southern Hemisphere never set. The following diagram explains further the sky seen. 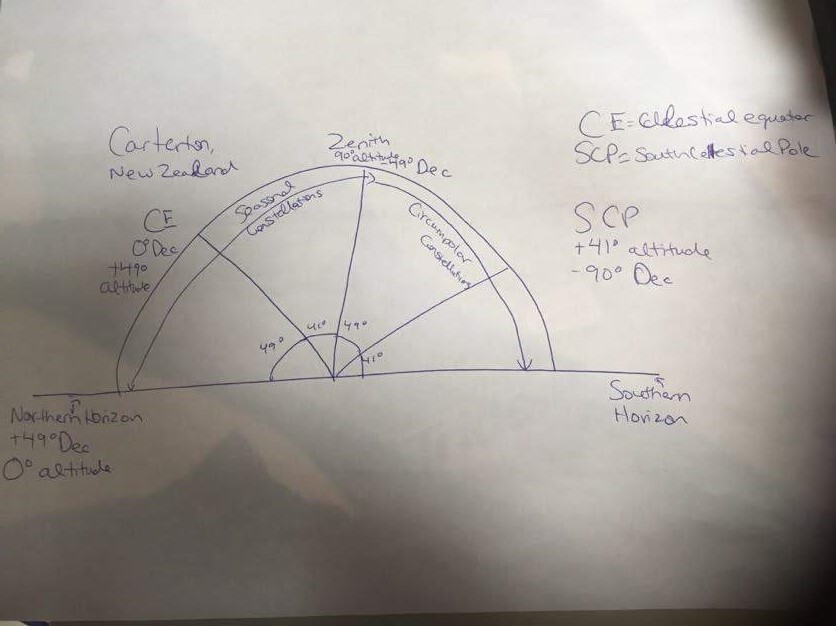 To further illustrate this, we used the program Stellarium to compare and contrast the constellations seen by the Inuit and Maori on two different days in the year. 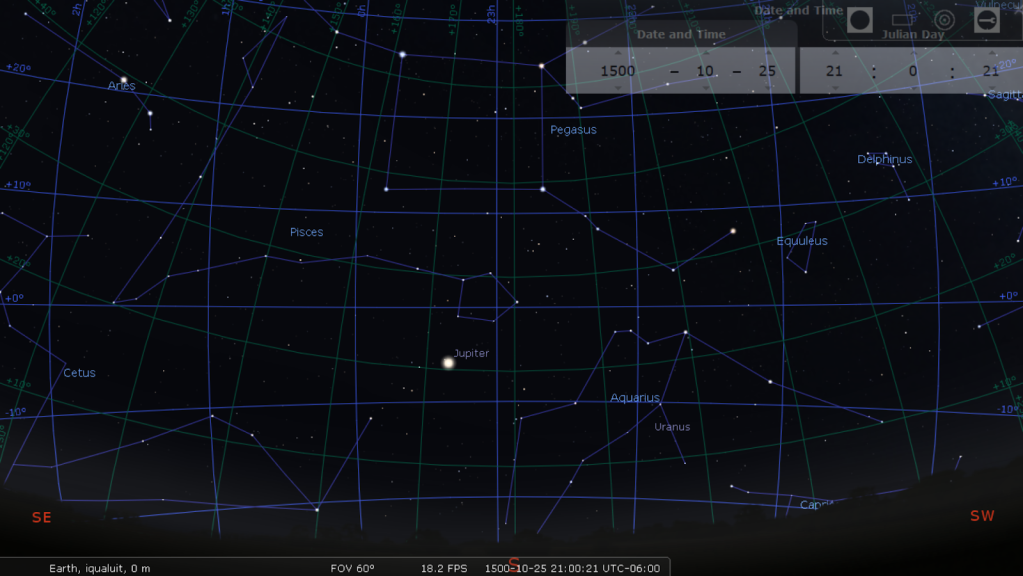 Figure 5. Constellations as seen from Iqaluit. Images captured from Stellarium. 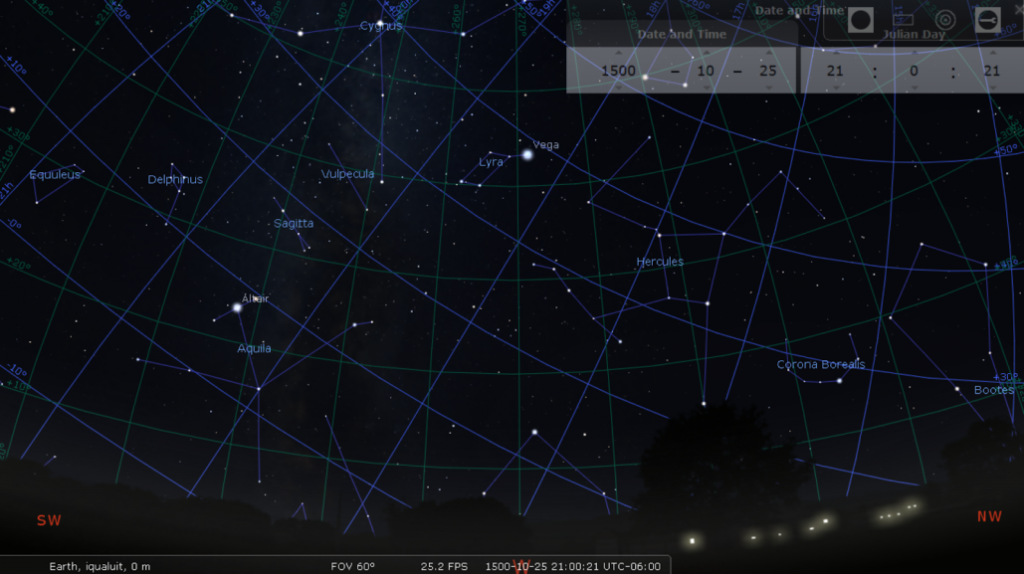 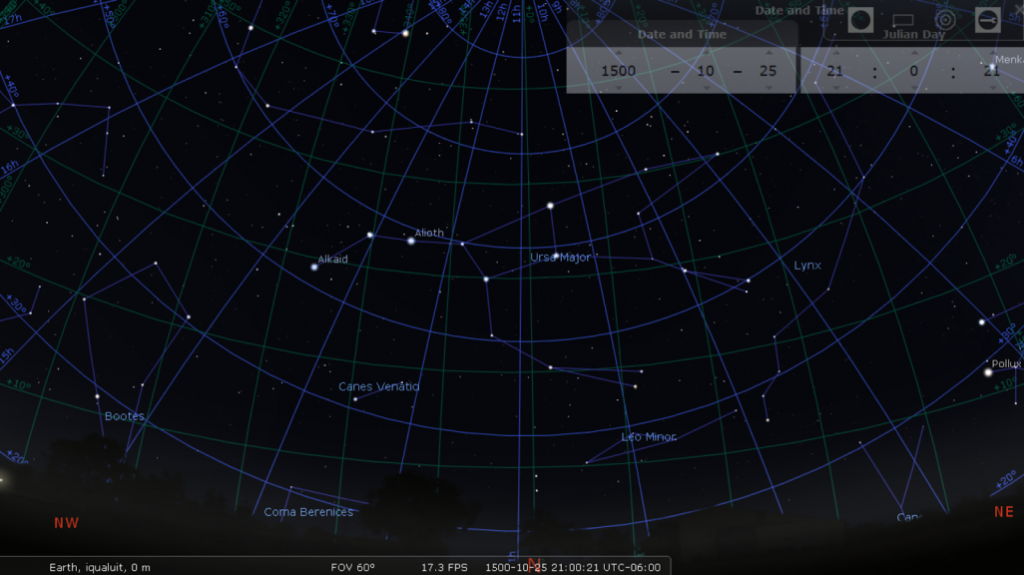 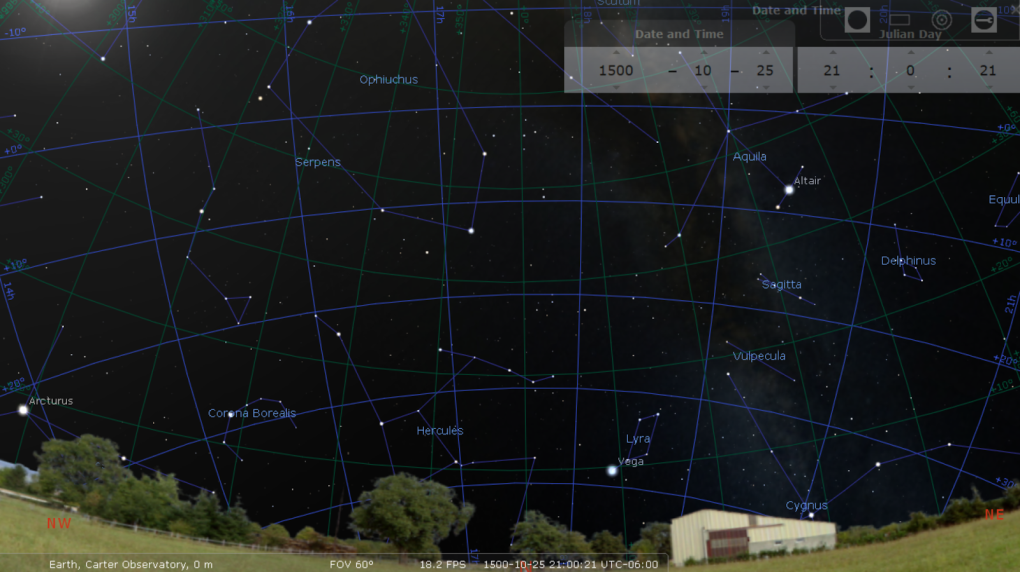 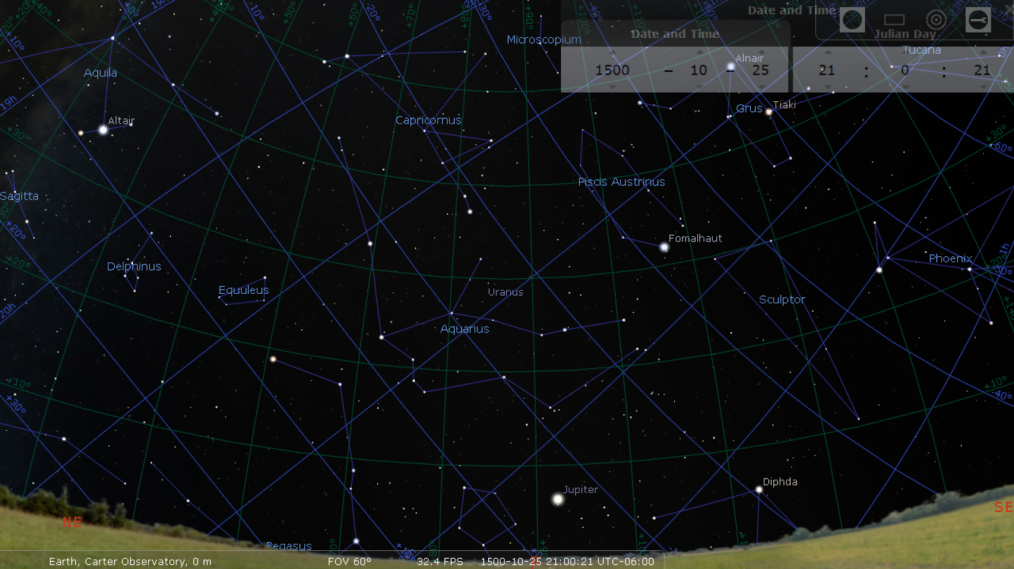 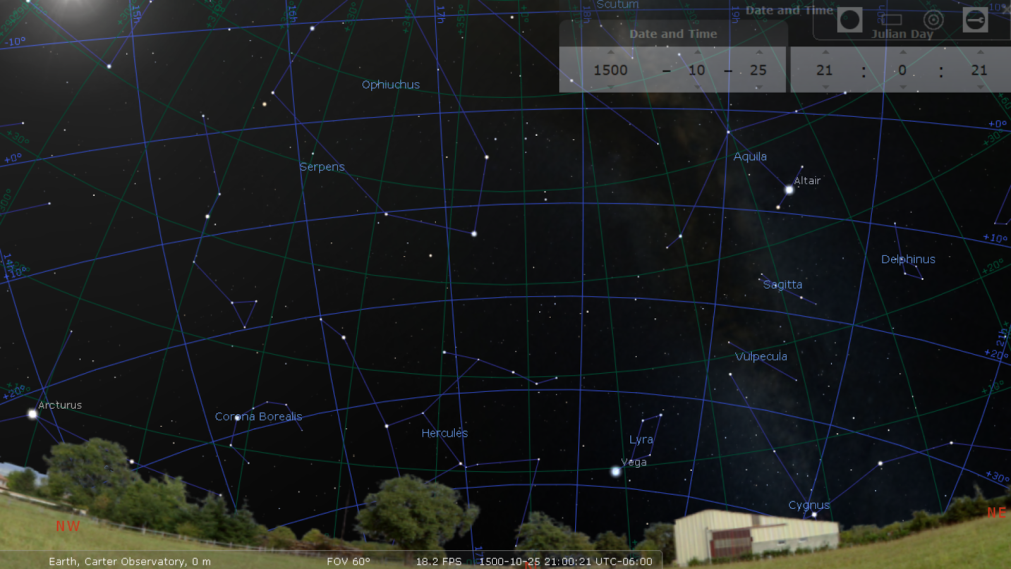 The night sky influenced each culture in different ways. The Inuit used constellations as a way to keep time and signal the return of the sun to the arctic.7 Many constellations reflected each culture’s way of life. The constellation we know as the Big Dipper is the Inuit’s Caribou, or Tukturjuit (plural) and Tukturjuk (singular). Young observers viewed Megrez, Phecda, Dubheand and Merak as the legs of the caribou and Alioth, Mizar, and Alkaidare as the head. Senior elders will tell of how the stars of the constellation form a herd of caribou5. Another constellation represents an oil lamp, which was a necessity used to provide light as a hunter cut meat in the dead of winter, and other constellations represent dogs harassing a polar bear.7 Others reflect myths and legends, such as the three lost hunters. These hunters are the three stars in our constellation of Orion’s belt.7 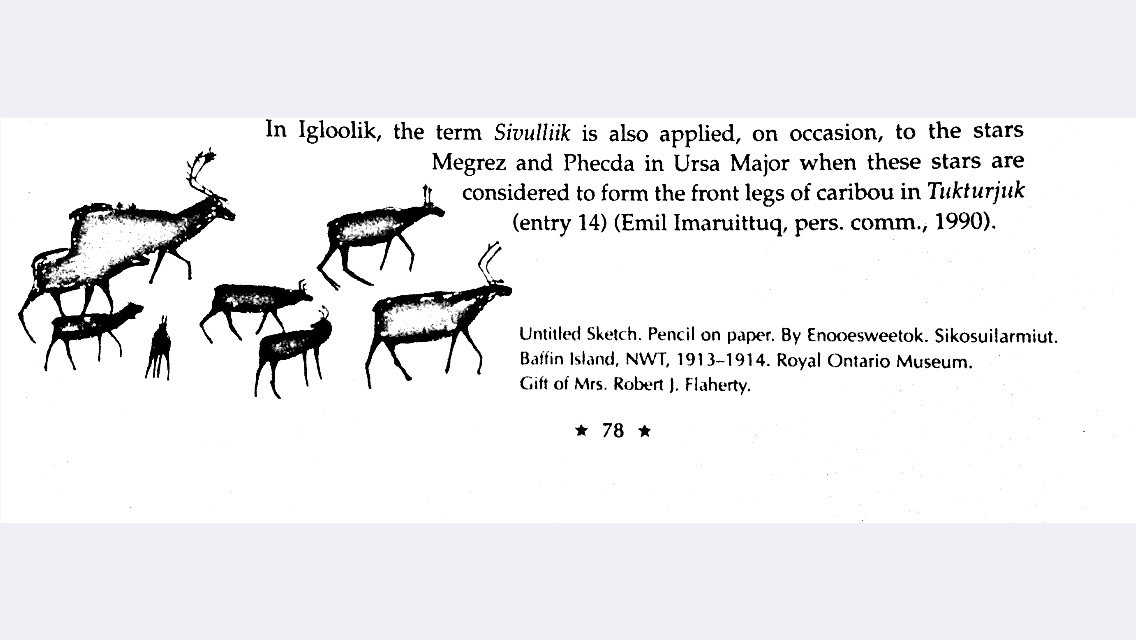 Maori and the Sky's Significance

The Maori used the sky for navigation on the seas and as signals to plant and harvest.8 They focused on the dusk and dawn stars, to determine which season they were in.8 The reason for this is that their night sky was predominantly seasonal constellations.8 The star cluster of Pleiades was the Maori peoples’ Matariki, which rises mid-June, and signified the New Year.8 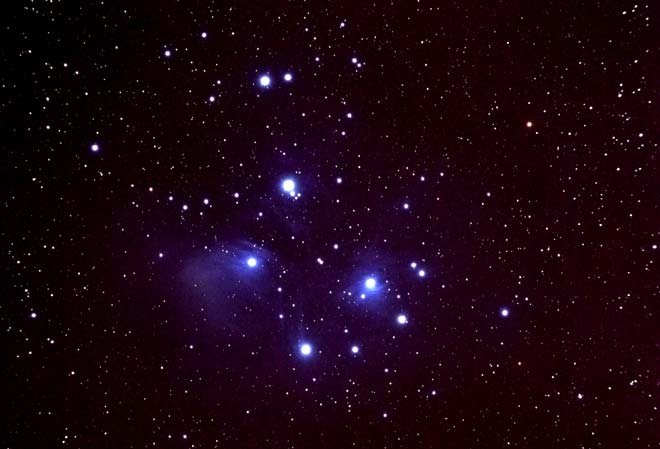 The stars provided both cultures with markings for time – one to signify the return of the sun, the other to signify the dawn of a new year. While the Inuit used the constellation Ursa Major to estimate the passage of time during the periods of extended darkness. During dawn the constellation will appear upside down and will reverse back upright during the evening whereas the Maori had no use for this constellation because they never witnessed it in their night sky. 9 With a greater understanding of why we see the stars we see at the time we see them, we can understand better how these cultures developed and used the sky to their advantage.

Figure 13. The Sunrise Festival occurs at the return of the sun in the North. Inuvik Sunrise Festival. https://www.inuvik.ca/en/getting-active/Inuvik-Sunrise-Festival.asp (Accessed Nov. 29 2018)

The night sky has fascinated, guided, and inspired people since the dawn of time and each culture’s own interpretation of it has influenced their beliefs and ways of life. The science behind why different stars were seen by the Inuit of Northern Canada and the Maori of New Zealand is because of the revolution of the Earth around the sun and their position on the globe. How we determine which stars we see is through our latitude on the globe and the azimuth. The specific stars and constellations that each culture witnessed have lead not only to their societies being formed, but others as well, since the dawn of time. Our night sky has inspired humanity and continues to do so.