Circus of Books is a documentary (available on Netflix as of 2020) about a straight Jewish couple who ran the iconic LA book store, Circus of Books, a “place where people could peruse gay erotica or meet other gay people, hanging out in a place free from homophobia.”  Circus of Books sold gay pornography, but also “obscure novels from LGBTQ authors, as well as science fiction books, foreign newspapers, even Bibles.” (Branson-Potts)

While the documentary discusses a range of LGBTQ issues such as gay rights, the AIDS crisis, and coming out, as a documentary about a gay book store it also features a lot of gay publications, of all sorts.

Spotted on the shelves of Circus of Books were many titles that sit on our very own shelves in the Neil Richards Collection of Sexual and Gender Diversity.

Following is a list of just some of the publications that you can find in Circus of Books and the Neil Richards Collection. Follow the links to see their catalogue records. The images are screen captures from the documentary, and their time stamps are included.

Uncommon calling : a gay man’s struggle to serve the Church 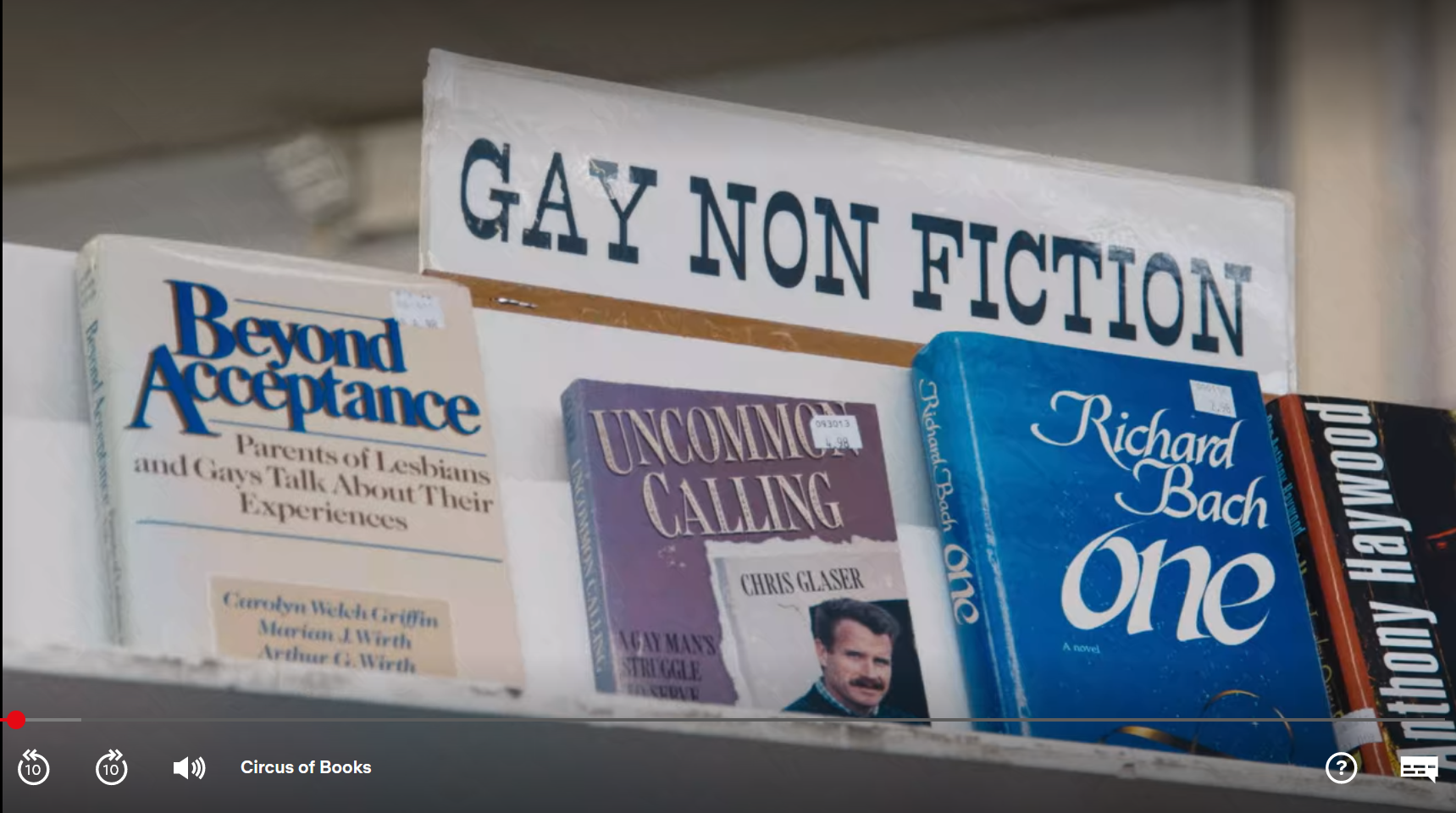 Beyond Acceptance is available in the main stacks of the Murray Library. The Neil Richards Collection also carries an extensive non-fiction selection on topics such as religion, history, politics, art, self-help, health, and more. 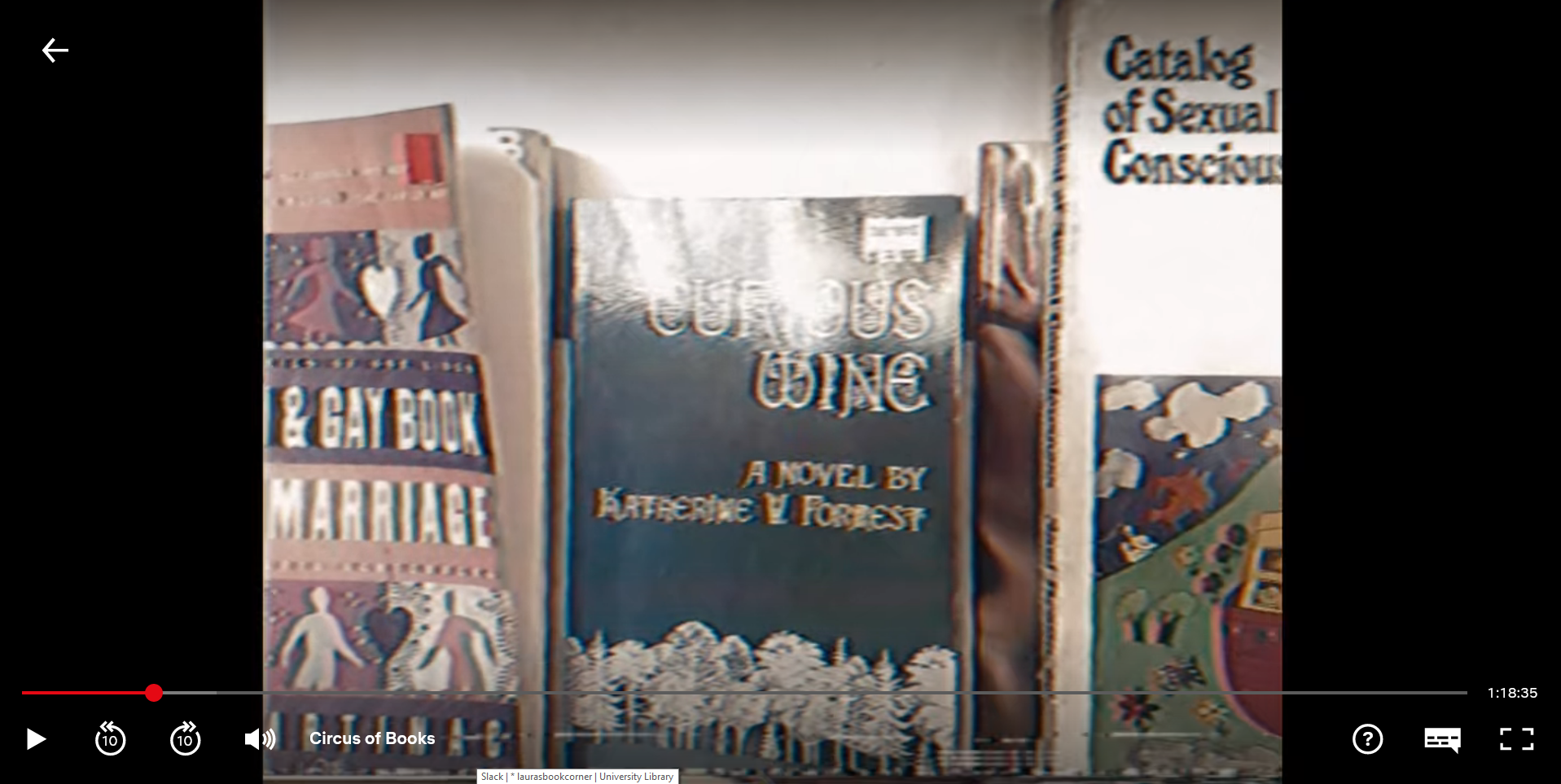 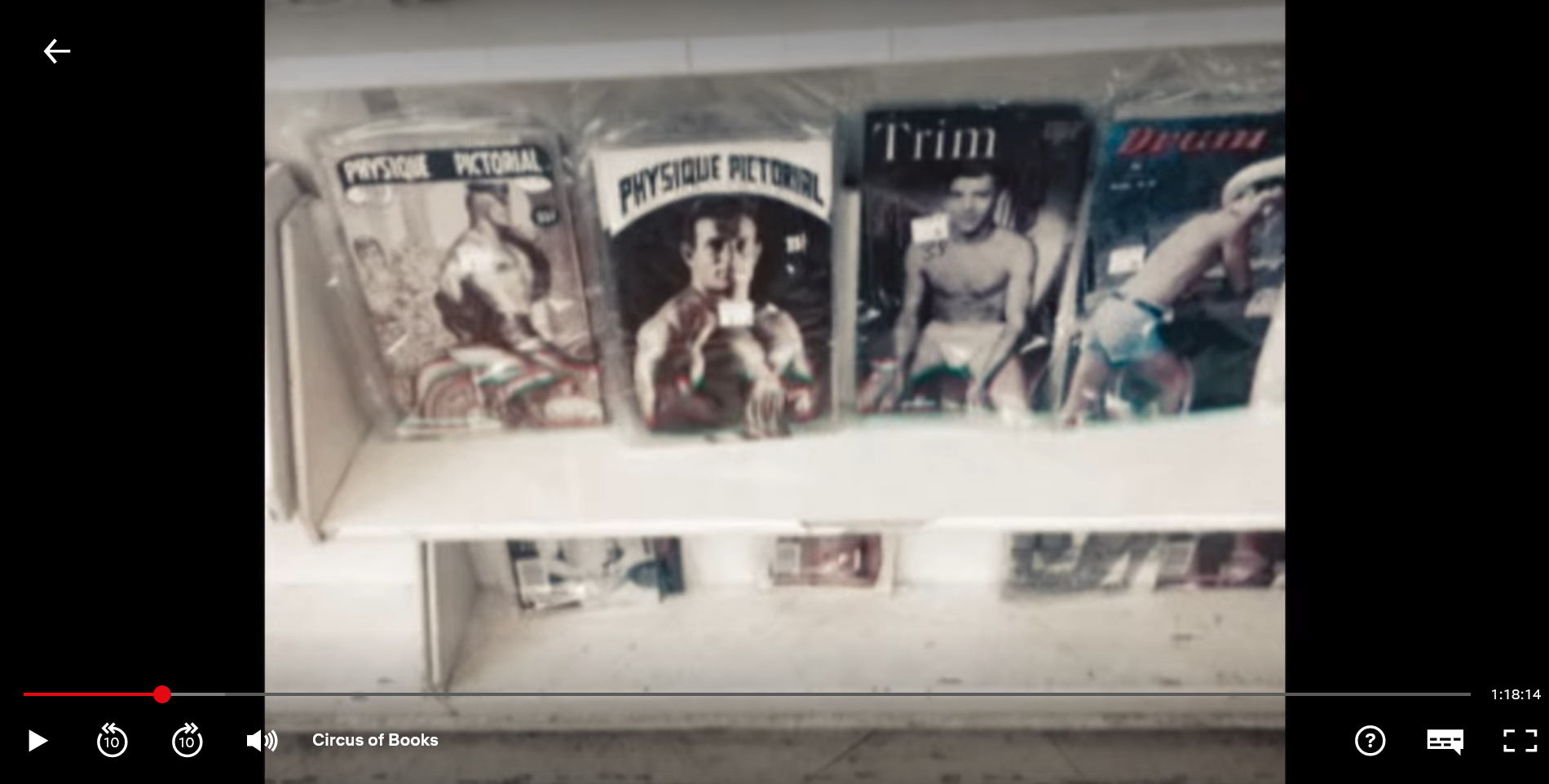 Physique magazines were the precursor to modern gay magazines, popular around 1940-1960. Styled as magazines about bodybuilding, health, and fitness, they were a way to try to get around censorship and the cultural taboo of homosexuality.

The Neil Richards Collection has more examples of this type of magazine which has been collected into a kit. Examples of titles include Grecian Guild Pictorial, Male Figure Studies, Iron Boys, and Stallion. 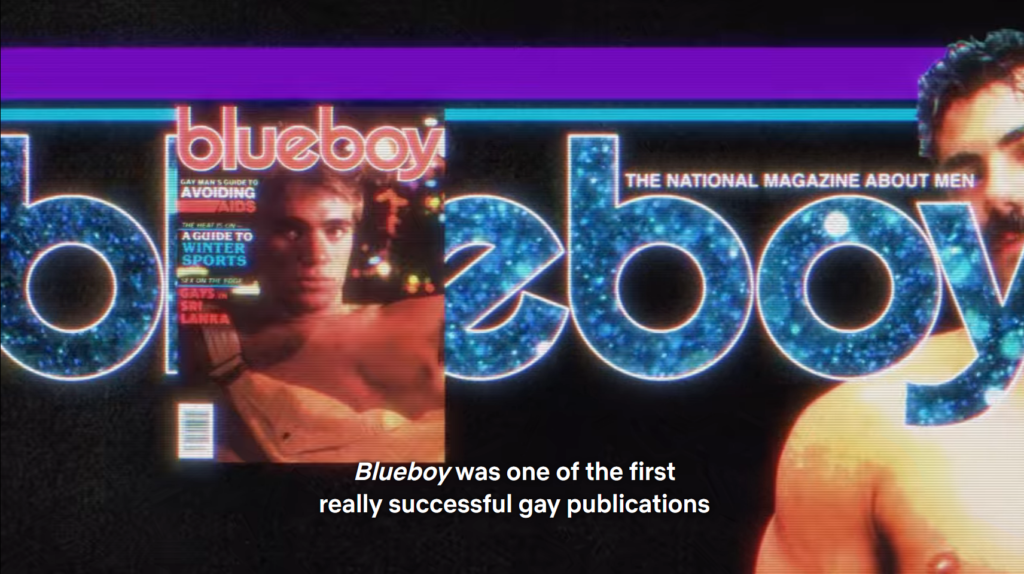 “Blueboy was one of the first really successful gay publications that was not underground” says Larry Flynt (interviewed in the documentary). Flynt was the publisher of Hustler Magazine, who also took on the distribution of gay publications such as Blueboy, Honcho, and Mandate. 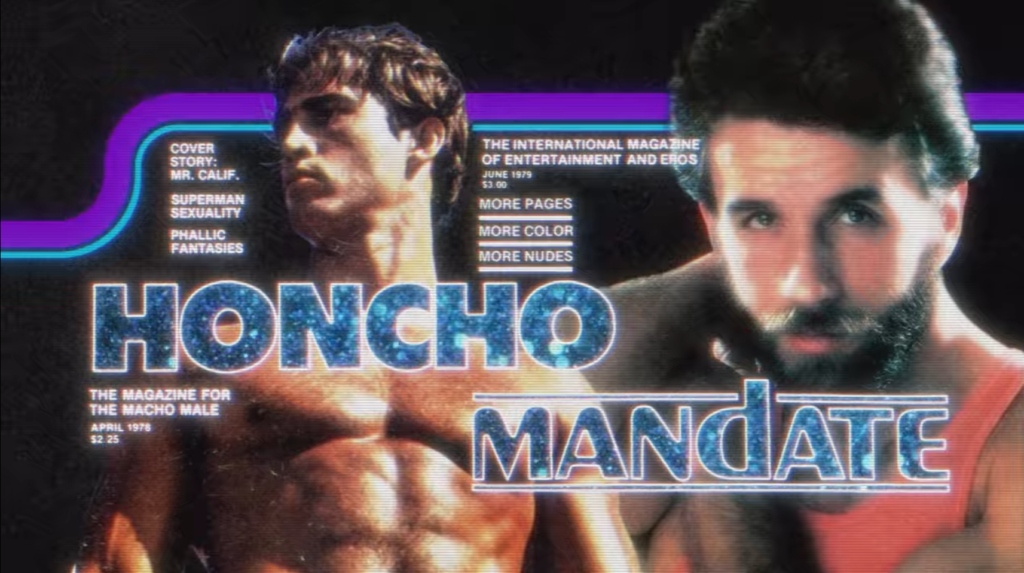 All these and many more books, magazines, and movies are available for viewing in the Neil Richards Collection of Sexual and Gender Diversity.

Screen captures from Circus of Books, Netflix, accessed May 2020.