A summer of unprecedented heat has not been kind to the iconic ice in the Canadian Rockies. According to researchers, glaciers are melting at a rate never seen before.

“The best researchers are those that are continuing to learn.”

Farmers innovating to save their fields

Extreme conditions will only continue, the agriculture sector is racing to find solutions

‘A different mindset’: Sask. farmers look to the future after months of drought

“When agriculture struggles, everyone struggles.”

As the world continues to grapple with extreme weather events linked to climate change, an award-winning University of Saskatchewan (USask) graduate student is focused on improving human understanding of agricultural drainage and climate change on streamflow in the Canadian Prairies.

Canada gets serious about water woes. Will Indigenous voices be heard?

Makaśa Looking Horse has been protecting the water since she was a child – as part of her spiritual beliefs, in protest against Nestlé’s extraction of water from her nation’s traditional land, and today as a youth advocate of Ohneganos, an Indigenous water research project that, in the Cayuga language, means “water is life.”

As the UN’s new climate report sounds the alarm about global warming, scientists say Canada could see more extreme weather, including drought, fires and floods as the global temperature rises.

What would happen to farming in our province if the temperature increased by 3 to 5 degrees? University of Sask. researcher weighs in

It’s been a tough summer for farmers in Saskatchewan. Scorching heat and lack of rain are affecting their crops, livestock and livelihood. We hear from a professor studying climate change and water security.

A UN report on climate change paints a grim picture around the world. USask Canada Research Chair in Climate Change John Pomeroy talks about the long-term concerns in Saskatchewan.

Saskatchewan could be facing its worst drought on record

‘Production is down to almost nothing,’ Sask. farmer says.

Geoengineering: Is it possible to save the Rocky glaciers?

The glaciers in the Canadian Rockies are gradually disappearing due to climate change and soot accumulation on the ice, but a new geoengineering approach can be a possible way to prevent the melting of the glaciers.

‘Sink into the dry as dust soil’: What historic droughts mean for today

In 1961, Prairie farmers weren’t facing the current drought so much as reliving ones past. 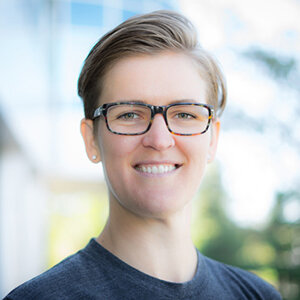 Congratulations to Holly Annand, who has received the Dr. Jean Murray Memorial Scholarship from the Canadian Federation of University Women (CFUW)! More information is available at the links below.