The following was released by the World Meteorological Organization:

Geneva 31 October 2019 (WMO) – A High Mountain Summit has issued a Call for Action in the face of rapid melting of the Earth’s frozen peaks and the consequences for food, water and human security, as well as for ecosystems, the environment and economies.

The three-day summit, convened by the World Meteorological Organization and a wide range of partners, identified priority actions to support more sustainable development, disaster risk reduction and climate change adaptation both in high-mountain areas and downstream.

“The high mountain regions are the home of the cryosphere, and source of global freshwater that are transmitted by rivers to much of the world. Preservation of ecosystem function and services from these regions is essential to global water, food and energy security,” says the Call for Action.

“Climate change and development are creating an unprecedented crisis in our high mountain earth system that threatens the sustainability of the planet.  There is great urgency to take global action now to build capacity, invest in infrastructure and make mountain and downstream communities safer and more sustainable.  This action must be informed by science, local knowledge and based on transdisciplinary approaches to integrated observations and predictions,” it says.

“We, the participants at the WMO High Mountain Summit 2019, hereby commit to the goal that people who live in mountains and downstream should have open access to hydrological, cryospheric, meteorological, and climate information services to help them adapt to and manage the threats imposed by escalating climate change,” says the Call to Action.

It commits itself to a new Integrated High Mountain Observation and Prediction Initiative as one of the tools to address the challenges of climate change, melting snow and ice and water-related hazards and stress.

It urges that sustainable mountain development and mountain ecosystem conservation should be an integral part of international development policy, and that there should be strengthened transboundary cooperation in open data sharing, forecasting and prediction, policy development and knowledge generation and sharing.

“It is very clear that the choices we make and urgent action we take now, are critical for safeguarding our high mountain regions. This Summit has succeeded in connecting science, policy and practice to define the roadmap for climate action,” said Mountain Research Initiative Executive Director Carolina Adler, who was co-chair of the summit. “We need to ensure that the science responds to people’s needs, supporting the information services they rely on to address risks.”

Water towers of the world

Mountain regions cover about a quarter of the Earth’s land surface and are home to around 1.1 billion people. They are known as the “water towers of the world” because river basins with headwaters in the mountains supply freshwater to over half of humanity, including in the Himalaya-Hindu Kush and Tibetan Plateau region, known as the Third Pole.

Presentations from around the globe highlighted that glacier and snow melt translates into a short-term increase in hazards like landslides and floods and a long-term threat to the security of water supplies for billions of people.

“We can choose a future of action and solutions based on science and knowledge which support cuts in greenhouse gas emissions and climate change adaptation and mitigation. We can use water – and thus mountains – as a source of peace. Or we can have a dismal future. Time is running out,” he said.

Swiss Federal Councillor and Interior Minister Alain Berset described how Swiss glaciers have lost 10% of their volume in the past 5 years, including 2 % in the last year. 500 smaller glaciers have disappeared and by the end of the century, 90% of the remaining 4000 glaciers may melt.

During the summer 2019 heatwaves, the equivalent of Switzerland’s annual national drinking water consumption melted from its glaciers in just 15 days, according to MeteoSwiss.

The summit declaration voices concern that “water security is becoming one of the greatest challenges of the world’s population, and that the uncertainties on the availability of freshwater from mountain rivers is a significant factor of risk for local and downstream ecosystems, agriculture, forestry, food production, fisheries, hydropower production, transportation, tourism, recreation, infrastructure, domestic water supply, and human health.”

The Call for Action is entitled: “Avoiding the Impending Crisis in Mountain Weather, Climate, Snow, Ice and Water: Pathways to a Sustainable Global Future.”

International observations show an acceleration in the retreat of 31 major glaciers in the past two decades. But lack of observations hinder reliable monitoring.

The summit noted “the scarcity of meteorological, hydrological, climate, and cryosphere observations in mountain regions, and the difficulties in accessing existing data. But it also stressed the potential of space-based observing systems to improve the situation.

It also highlights the need for early warning and risk prediction systems that reach the people as well as decision makers in mountain areas so they are able to plan more resilient communities and take early action in the anticipation of hazardous weather, climate and water events.

“WMO will provide leadership and guidance in the Integrated High Mountain Observation and Prediction Initiative. We need to improve observations, forecasts and data exchange in mountain ranges and headwaters around the world.  This is needed to address accelerating climate change which has increasing impacts on vulnerable populations,” said WMO Deputy Secretary-General Elena Manaenkova.

WMO is working towards an integrated Earth System Forecasting and Prediction System, with strong engagement from the research community.  To support this new integrated approach, WMO has reformed its constituent body structures. WMO’s newly formed Commission for Observation, Infrastructure and Information Systems will be instrumental in the new Integrated High Mountain Observation and Prediction System Initiative, according to the commission president, Michel Jean.

Participants repeatedly cited the findings of  the Intergovernmental Panel on Climate Change (IPCC) Special Report on the Ocean and Cryosphere in a Changing Climate, which includes a dedicated chapter on high mountain areas.

The IPCC report said that current trends in cryosphere-related changes in high-mountain ecosystems are expected to continue and impacts to intensify. Snow cover, glaciers and permafrost are projected to continue to decline in almost all regions throughout the 21st century.

Sponsors of the High Mountain Summit include the World Bank Global Facility for Disaster Reduction and Recovery and Swiss government agencies. It is co-organized by: 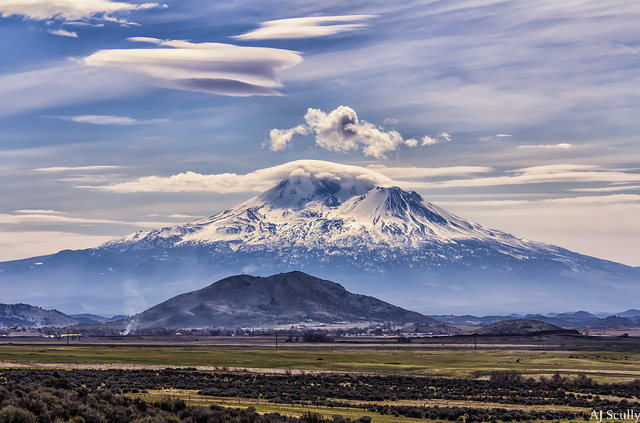 “The world faces increased flooding, droughts and possible conflicts due to the effects of climate change on fresh water supplies drawn from mountains but is ‘woefully unprepared’ to tackle these risks, experts said.” -Reuters

Click below to read the full article on Reuters, including words from Distinguished Professor Dr. John Pomeroy.

At a stop on Oct. 22 during her ongoing trip across North America, climate activist Greta Thunberg met with University of Saskatchewan (USask) water scientist John Pomeroy at a USask field research site on the Athabasca Glacier in Jasper, Alberta. 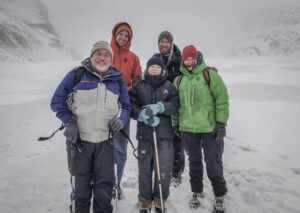 END_OF_DOCUMENT_TOKEN_TO_BE_REPLACED

Congratulations to Abbas Fayad on winning the Canadian Young Hydrological Society “Choice Award” for his tweets: