An Untapped Source of Energy

The gas giant, Jupiter, is the fifth planet from the sun and one of the largest in the solar system. On recent discoveries, NASA has found 12 new moons that orbit Jupiter; Jupiter is known to contain 68 moons originally, this has brought that number up to 79, which is more than any known planet. Jupiter contains one of the strongest magnetic field, that contains charged particles made from the dynamo inside of Jupiter and from Jupiter’s moon, Io. If the energy generated from the magnetic field is properly harnessed it would benefit Earth, providing energy for generations. The focus of the investigation is the transportation of energy and the efficiency of equipment to capture the energy. If the amount of energy that we could obtain outweighs the energy and cost to harness this energy, then harnessing Jupiter’s Magnetic field would prove to be beneficial to sustainability and effectiveness. 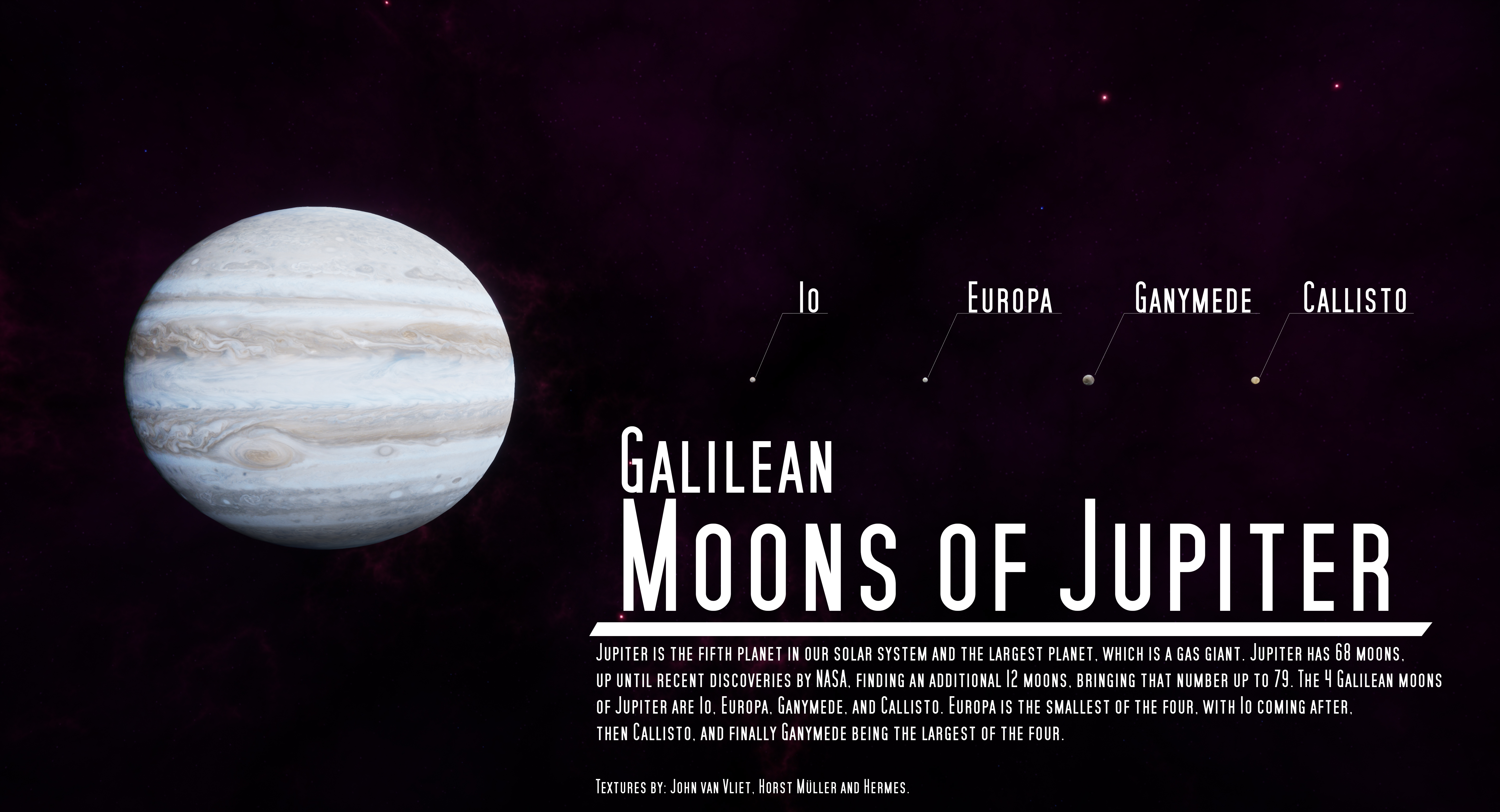 Jupiter output the strongest magnetic pull compared to most planets in our solar system. Mars output less than 0.0000025 times of Earth’s magnetic force, Venus output less than 0.0004 times, and Mercury is equivalent to 0.0007 times, which is hardly suitable to provide the energy we need. However, Neptune’s magnetic field is 25 times twice as strong as ours, followed by Uranus at 50, Saturn at 600. Jupiter drastically leads these numbers with 20,000 times.1 The main factor of the high rate of energy released from Jupiter’s magnetosphere is caused by its fast rotation rate at about 9.8 Earth hours, the other factor is the conductive metal in its outer core, and Jupiter’s volcanically active moon, Io, also produce charged particles to the magnetosphere.2 The rate of Jupiter’s magnetic flux is calculated at about 10,000 gauss, which compared to Earth is about 0.5 gauss which is a relation to the amount of particles electrically charge around them.

How Much Energy Does Jupiter’s Magnetic Field Release Numerically?

Magnetic energy is measured through the equation:  E = M × B,3 with M representing magnetic moment, and B representing magnetic field. The magnetic moment is the strength that a magnet can exert, measured in SI. Jupiter’s magnetic field is calculated as 1.8 × 104.4 Now for calculating the Magnetic field requires several numbers to be calculated. For “the strength of a planetary magnetic field is given by its dipole magnetic moment, the equatorial surface field strength times the cube of the planetary radius”.5  The magnetic moment has already be discovered, the equatorial fields “range from 3.3 to 8 gauss”.6 which would average out to 5.65 gauss, and the radius of earth is 71, 400km.7 This would make the magnetic field be: (1.8×104 )(5.65)(71,4003 ) =2.1589029 x 1016. Now that both numbers for the initial equation of E = M × B  have been established, one can calculate Jupiter’s magnetic energy as (1.8 ×104 )(7,261,338,000) = 3.89 ×1020J. This much energy is being continually released and can be harnessed. To put this in perspective, humans use annually 5.67 × 1020 J of energy. Technology does not enable us to harness 100% of the energy instantly however. Now that the amount of potential energy is numericized, one can examine ways that the Earth harnesses magnetic energy to gather how efficiently we might harness Jupiter’s energy.

Looking now at current models of obtaining magnetic energy will give one an idea of the efficiency of harnessing this energy. The most notable example of harnessing Earth’s magnetic atmosphere was the Space Tether Experiment conducted by Nasa.8 Where they used a large tether connected to a shuttle, which would drag across Earth’s magnetic field to harness energy. However, this tether broke as it absorbed too much energy at one time, creating itself to be a massive failure. On smaller scales however, the harnessing of magnetic energy to power motors 95.4.%.7  While Nasa’s attempt at the tether was a failure, the reasons behind its failure has been identified as “the unwinding of the reel uncovered pinholes in the insulation”.8  If a revised tether were reintroduced, the efficiency at harnessing Jupiter’s magnetic energy would be powerful. However, the economic risks may not balance it out.

Given that planets are not always in the same location every year and travel on an elliptical path, the distance of Jupiter from Earth at the closest distance would be 588 million kilometers. 12 If we are to send equipment and resources to Jupiter it would take roughly about 550-650 days and longer if you want to orbit around Jupiter. 11 Since we are to only orbit around Jupiter to harvest the energy from Jupiter’s magnetic field, we will have to reduce the speed of the spacecraft to orbit Jupiter. This could be achieved with the use of thrusters when the spacecraft approaches Jupiter, to create an opposing force on the spacecraft, thus slowing down the spacecraft to reach perfect momentum. The resources that will be required to launch such spacecraft assuming it will weigh the same as Space Shuttle, to Jupiter from Earth would require a 78,100 pounds external tank that will contain 1,359,000 pounds of liquid oxygen with a mix of 226,000 pounds of liquid hydrogen, and two 185,000 pounds solid booster rockets that would hold 1.1 million pounds of fuel.12 Powering the rockets will require a reliable engine, in this case we will be using the Soviet designed RD-180, a two-thrust-chamber designed to be recyclable for future rocket launches, provides a cleaner operation, and is cheaper than a new US designed engine.13

The maintenance costs to keep this under fully working operation would require a wide range of checks such as keeping the instruments in peek working condition, replacing worn out parts, and conducting basic checkups which would be done from Earth. If there were to be any issues involving parts that will need to be replaced, a repair vehicle could be developed and deployed, consisting of the CanadArm and parts for repair or replacements, this could be done remotely from Earth in the mission control center to reduce costs of sending an Astronaut. Construction of just a Space Shuttle alone is $2 billion US, 14 so to put that into perspective, a spacecraft to harvest energy from Jupiter’s magnetic field would roughly be $4.3 billion US as the spacecraft will be in space as a permanent spacecraft, it will require a power source from either solar energy from the Sun, backup generators, or just from the energy harvested from the magnetic field; the massive batteries that would be required to be constructed would house the energy that is collected, which could use Tesla’s compact Powerwall battery design, yielding 13.5 kWh per Powerwall, costing $10,000 US, and weighing 125 kg each; this would mean the estimated costs for the batteries would about $500 million US for 50,000 batteries.15 Just launching a space shuttle, or repair vehicle for the spacecraft will be around $450 million US per mission according to NASA.16 This will mean that if the spacecraft requires maintenance once every four years, the total costs would be sustainable by this program, that is if it could power the Earth for several years at a time.

The power of the Jupiter’s magnetic field, if properly harnessed would benefit Earth, providing energy for generations. Jupiter’s output has the strongest magnetic pull compared to other planets in solar system, a big factor is the rotation rate at about 9.8 Earth hours and the metal in Jupiter’s core. While there has been failed attempts such as Nasa’s space tether, solutions to its initial error have been identified. This makes the efficiency at harnessing Jupiter’s magnetic energy powerful and feasible. But unfortunately, there could be economic rick that will not balance out. To shoot a shuttle in to space 550-650 to orbit Jupiterxviii, it would take $4.3 billion US to have a shuttle that would harvest energy. There would also have to be a wide range of checks such as keeping the instruments in peek working condition, replacing wore out parts, and conducting basic checkups which would be done from Earth. If a nation or several nations were to place economic efforts toward harnessing Jupiter’s magnetic fields, the long term effects would away the temporary problems of initially maintaining it.