Space Travel: Past, Present, and Future

The journey to becoming an astronaut is long. Many educational, physical and mental requirements must be met and one must be willing to endure the effects of space life and travel. An astronaut must learn how to prepare for life in space, what life is like in space, and how space travel affects their body physically and mentally. It takes a great amount of skill and preparation to become an astronaut, and the future of space travel becomes brighter and more exciting each day. Combining our knowledge of past missions and current studies, we can investigate what the future holds for astronauts.

What does it take to be an astronaut? 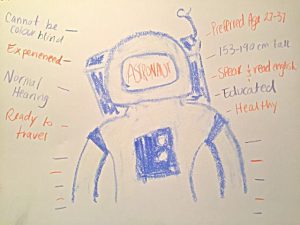 In order to be an astronaut, one must fit the qualifications of the space agency they wish to apply to. Below you can find information for ESA, NASA, and the ASC/CSA.

ESA Astronaut candidates are selected in ESA Member States before being selected by ESA. In order to be considered by ESA, potential astronauts must speak and read English, have a university degree, or equivalent training in Engineering, Natural Sciences or Medicine, and should have three or more years’ experience in a related field.1 ESA emphasizes the importance of empathy, non-aggressive behavior, and the ability to work as a team member in a multicultural environment. The personality profile of an ESA astronaut must include high motivation, gregariousness, and flexibility. Emotional stability is brought up multiple times in the requirements, and so is of the utmost importance. Physical requirements are somewhat general; one must be in good health with a good medical history and have a normal weight. The preferred ages are between 27 and 37, and one must be 153-190 cm tall.1 ESA emphasizes the mind over the body in their requirements, but, does state that the major aspects include psychological suitability and scientific and technical competence alongside medical criteria being fulfilled.1

To be an astronaut with the CSA/ASC one must reside in Canada, or be a Canadian citizen with fluency in English or French.2 The physical requirements are more strictly defined; one must be 149.5-190 cm tall, weigh 50-95 kg, have 20/20 vision (with or without correction), and cannot be colorblind.2 Their blood pressure cannot be higher than 140/90mm when sitting, and cannot suffer from any auditory conditions.2 Much like ESA, astronauts require science, medicine, or engineering degrees and three years’ experience. Though it may seem common sense, the CSA/ASC also requires that their astronauts are willing to travel.2

The requirements for NASA’s Astronauts are similar to those of ESA, and the CSA/ASC in that they require a degree from an accredited institution in either engineering, biological or physical science, or mathematics; NASA specifies that an advanced degree is preferred, and emphasizes the importance of quality academic preparation.3 Physically NASA’s astronauts must be between 62-75 inches tall and pass a NASA space physical which includes the following requirements: 20/100 or better vision that can be corrected to 20/20, and blood pressure of 140/90 when sitting.3 In addition, NASA’s astronauts require 1000 hours or more of pilot-in-command time in a jet aircraft, and flight test experience is recommended.3

What Does the Future Hold?

The Journey to Mars 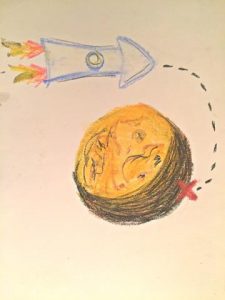 NASA’s next big step is the trip to Mars. Missions are already in their planning stages and prototypes are being built. The rocket used to get astronauts to Mars will have to be bigger than ever before to accommodate the eight-month journey.4 Orion, the crew vehicle that will be used on the planet’s surface, is currently being built; it is designed to hold up to six people, but will most likely only carry four to the surface of Mars. Advancements in technology have been extremely useful in preparation for the Mars missions; the Spacecraft will have advanced electronics, materials and navigation systems compared to the previous Apollo missions.4

The journey and stay on Mars will be longer than that of the Apollo missions. To comfortably live in a small space for a large amount of time, there will be more room on the spaceship, 692 cubic feet, compared to the 218 cubic feet on the Apollo missions.4 They will also be taking multiple habitation modules that can attach on to the main living area once they land on the planet’s surface, the longer the stay on the planet, the more room they will need for their supplies. The journey to Mars is planned for a 2030 launch date, only thirteen more years until take off!4 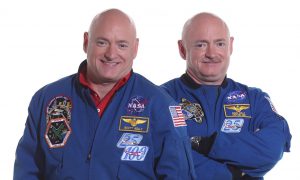 The Twin Experiment is an in space genetic experiment with two identical twin astronauts, Mark and Scott Kelly. Scott was sent to space for a consecutive 340 days while Mark stayed on Earth.5 Prior to departing earth, exams were done on both of them regarding genetics, health and other physical and medical tests. The official results have not yet been released, but there have already been some noticeable changes.5

Upon returning, Scott’s telomeres were unexpectedly longer than Mark’s.5  Telomeres are part of the DNA structure that relate to aging, it is currently unclear what this means but they have since returned to normal lengths.5 Some of Scott’s DNA behaved differently in space as well, but also returned to normal once back on earth. Researchers said, “The Twin Study could help NASA come up with ways of mitigating the effects of long-term space travel in the future, making deep space missions less taxing on the human body.”5 When the final results are released, it will be a giant leap forward for the future of space travel.

Diet and Health in Space 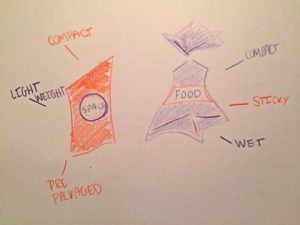 Any food that is taken into space must follow certain guidelines, such as those of the CSA. Food must be compact and lightweight enough to fit into the shuttle capacity and cost efficient enough to meet the budget. The food must also be nutritious and tasty, as the astronaut’s sense of taste is reduced in microgravity. Lastly, the food must be sticky or wet, and processed or pasteurized; in order to eliminate floating particles as well as stay fresh for the duration of the trip.6

Fresh foods can be delivered periodically to the Station by cargo vessel. Ground crews sometimes include a few fresh fruits and vegetables—a real luxury!6

Taste can be affected; because zero gravity causes fluid in the body to rise to the head, astronauts get the sensation of having a cold or being “stuffed up” for the first few days in space.6

Exercise while in space is vital for astronauts to maintain their overall health, approximately 2-3 hours per day is recommended.7  The main difference between exercise on Earth and in space is resistance on astronaut’s muscles and bones. Without exercise, muscles and bones would become weak and frail. The astronaut’s cardiovascular system is also affected because the heart does not have to work as hard to fight gravity and pump blood to the head.7

Without exercise, their bodies would experience a major loss in three areas: Muscle Mass, Bone Density, and Cardiovascular Health. 7 Machines for exercise have been modified to simulate the gravitational pull on astronaut’s bodies. These machines are called: ARED – Advanced Resistive Exercise Device. – The device uses vacuum cylinders to exert up to 272 kilos of resistance and imitates free weights.7

Side Effects of Weightlessness on the body

Per month, astronauts lose an average of 1% bone density in space. On Earth, the average elderly person loses 1% bone density per year.7 A prolonged journey to space causes physical consequences that are similar to osteoporosis. These consequences are not drastic on the astronaut’s body because their bone density slowly returns to normal after returning to Earth.7 Experiments are done on Earth prior to prolonged trips into space to gain a better understanding of the effects of weightlessness on the body, and how to mitigate them. These experiments also contribute to research for people with various health problems on Earth.7

Recent Advances for life in Space 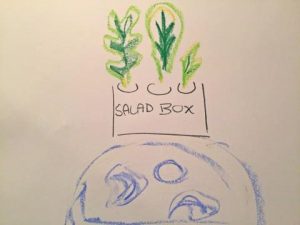 Think about what we need here on earth to sustain life…What are the main components we cannot live without? ; Food, water, and breathable air! All of these things are currently available in space travel, however, these sources are not renewable. The crew is only sent with enough provisions to last them for their mission. 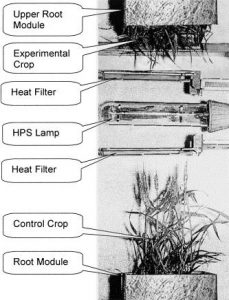 Recent developments from NASA are changing things! They have a new concept: the “Salad Machine” where they are making way for being able to grow basic vegetables IN SPACE! An advancement like this could lead to a future settlement in space. The first sign of this development was in the 80’s but has come very far since. These systems include full spectrum growing lights, humidity control, temperature control, and nutrient delivery to supplement their pre-packaged space meals.8

These greens were grown hydroponically. 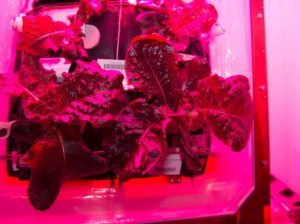 Figure 7: Click the image to find a video of astronauts eating fresh produce they grew in space!
Source

What are Hydroponic Gardens? These are gardens that do not require the plants to be in the dirt. Typically a hydroponic garden is in tubes or boxes with just the plant’s roots inside the tube. These tubes will be filled with carefully filtered and fertilized water keep them moist. However, the greens in this photo were grown with hydroponic clay! This is a way to keep the water and soil together in order to grow fresh produce in a zero gravity situation.

In regards to the original salad box proposal above check out this video about “The Salad Box” which we recently got in at the store I work at; it has a very similar design and could work in space if you find a way to secure the water – possibly with hydroponic clay!

Humanity is collecting new data, coming up with new ideas, and new experiments to be conducted in space. We explored above, the conditions and requirements one must meet to become an astronaut. Though humans may have started by sending monkeys and dogs to space, it now takes a much fitter and highly trained mind and body to go on a space mission. Life on a spaceship is evolving and someday astronauts may even be able to eat a fresh salad along with their pre-packaged meals, but sustainable life on another planet is still out of reach! Using data collected from the twin study and others like it can help work out issues like temporary bone density loss. As one looks at life outside of our atmosphere it becomes clear why humans have evolved the way they have, to sustain life on earth.  The future for human beings in space is bright and achievable; if we continue to send people to space and other planets while collecting more data, life on Mars might not be such a wild idea for upcoming generations!