Venus’ Atmospheric Composition and its Effects on Albedo 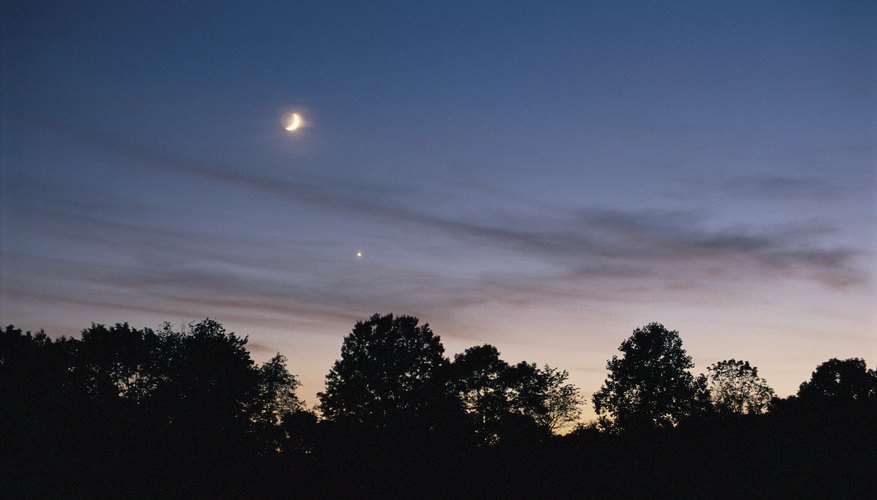 Figure 1. An image comparing the brightness of Venus to the Moon. https://sciencing.com/bright-light-evening-western-sky-5883663.html

Venus is the brightest object in the entire night sky other than the moon. Venus is also the hottest planet in the solar system with a harsh environment due to its heavy cloud layer.1 Several different scientists have worked to figure out what causes Venus to be so bright in the night sky. Using different techniques, it was determined that Venus appears so bright because its dense atmosphere reflects 75% of the sunlight that reaches the planet back into space like a giant mirror.2 The reflectiveness of the atmosphere results from sulphuric acid droplets. Its atmosphere is mainly made up of carbon dioxide, and also has thick clouds of sulphuric acid which contribute to the atmospheric pressure being 90 times greater than that of earth.1 We plan to investigate how scientists determined that a dense atmosphere and a sulphuric cloud layer are the reasons Venus is so bright. 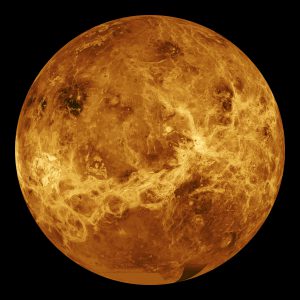 Figure 2. This is an image of Venus taken by the Magellan spacecraft using imaging radar. photojournal. jpl.nasa.gov/catalog/PIA00104

Venus has several unique characteristics. The second planet in the solar system, it is the closest in size to Earth than any other planet. Venus, along with Uranus, are the only planets that spin clockwise.3 Venus not only spins in the opposite direction, but is also one of the slowest rotating planets with a day that lasts longer than it takes to revolve around the Sun.3

Venus is also the hottest planet in the solar system with a temperature hot enough to melt lead. This is due to its runaway greenhouse effect caused by the planet’s thick cloud layer.3 Venus has a slow moving surface, but a super-rotating atmosphere causing the clouds to be able to circle the planet in only 5 days.3

Interactions of Light and Space

Figure 3. This is a demonstration of how light is being separated by wavelength using a prism, similar to how spectrographs function. D-Kuru/Wikipedia Commons. CC-BY-SA-3.0-AT

When light travels through space and hits an object, it can be absorbed or reflected.4 The amount of light reflected is referred to as a planet’s albedo. Albedo can also be described as the ‘whiteness’ of an object, with 1 being white and 0 being black.5 A black object would be a perfect absorber, while a white object would be a perfect reflector.5 This means a planet with a light-coloured cloud cover would be more reflective to the Sun’s rays than a dark coloured terrestrial planet. Venus has an albedo of 0.70, while the Moon has an albedo of only 0.10.4 Albedo is generally measured in visible light, but can also be measured in the infrared part of the electromagnetic spectrum.5Either by using spectroscopy or space missions to sample a planet’s atmosphere or surface, a planet’s composition can be determined. Spectroscopy is determining what an object is made of by the light it gives off.6 The composition of the planet would affect the light reflected, or the planet’s albedo. Absorption lines are created when the object light passes through an element that absorbs most of that wavelength of light, or passes through a cloud of gas that contain the element that absorbs that wavelength.6

Studying another planet from Earth is also an important part of determining a planet’s characteristics. Astronomers can do this by detecting a planet’s atmosphere by monitoring the transits of a planet in front of a star.7 A spectrograph is used to break up starlight into different wavelengths as it is changed by being filtered by a planet’s atmosphere.7 Different elements in the atmosphere are able to be determined by the signature wavelength they give off.7 Different wavelengths absorbed gives indications of different elements and their heights in the atmosphere.8 Wind patterns of a planet can be conceived through the study of a gas’s Doppler shift. For example, gas moving towards Earth will have a shorter wavelength and gas moving away from Earth will have a longer wavelength.8

Venus’ atmosphere is very difficult to study due to its dense CO2 atmosphere covered by a thick cloud of sulphuric acid, which leaves little time for exploration models to study the planet.9 With the launch of the Magellan mission, the surface of Venus could be documented, including topography and radar emissivity. These are now the main references for Venus surface investigations today.9 The surface of Venus can also be studied using optical wavelength in the near infrared because thermal emissions from the nightside hot surface of Venus can be picked up through the clouds. This will be an objective for the Venus Express mission.9

The atmospheric composition of Venus, especially underneath the cloud layer, can be detected through several infrared windows from ground-based spectroscopy and space observations.9 Venus Express is the first orbital mission with dedicated instruments for detecting the atmospheric composition and structure.9 The Venus Express renewed interest in Venus so more missions are expected. Specific areas of interest include the lower atmosphere and the surface of the planet. Future orbital missions have gained interest in using new instrumentation such as the millimeter heterodyne instrument or Doppler LIDAR.9 Another study of future interest would be the volcanic activity on Venus to answer some puzzling questions about the atmosphere of Venus, such as the SO2 abundance and cloud variations.9

Composition of Venus’s Atmosphere and its Effects

Based on measurements performed by spacecraft missions such as the Venera 11, 12, and Pioneer Venus, it was determined that the atmosphere of the subcloud of Venus was made mostly out of CO2, then N2, SO2, H2O, S2, HCl, HF, CO, COS, H2S, H2in decreasing amounts.10 The subcloud atmosphere, ranging from 0-50 kilometers, was found to have a high pressure and temperature being 740K and 90atm near the surface of the planet even though it was found to have not been exposed to UV radiation with the atmospheric composition being fairly constant throughout the subcloud layer.10

Figure 4. A graph demonstrating the composition of atmospheres of planets in our solar system’s habitable zone. https://en.wikipedia.org/wiki/File:Atmosphere_composition.gif

The SO2 content of Venus is unique to Venus compared to other planets in our solar system. SO2 comes from volcanic eruptions on Venus and water vapour can help to form the sulfuric acid droplets.11 Venus only has trace amounts of sulfur in its atmosphere. It also happens to be closer to the sun than most other planets in our solar system, while also having an atmosphere.1 This allows Venus to experience intense solar radiation, which allows the photochemical reactions in which the H2SO4can occur in the upper atmosphere.12 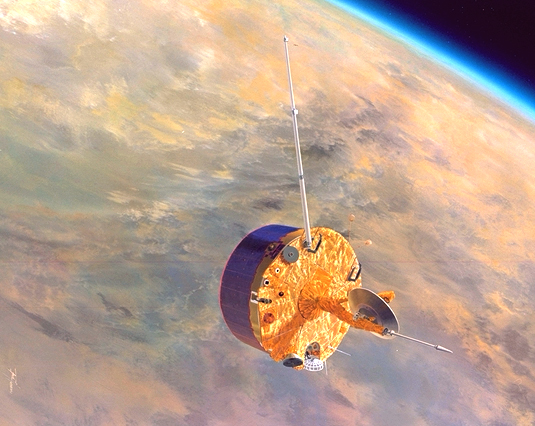 Figure 5. This a picture of Pioneer Venus Orbiter as it orbits the planet Venus. https://commons.wikimedia.org/wiki/File:Pioneer_Venus_orbiter.jpg

The Pioneer Venus orbiter analyzed the UV spectra of Venus to determine the SO2 abundance from the observation of SO2 bands.13 The reason Venus appears so bright in the sky is because its scattering albedo is high. This is due to sulphuric acid particles and was calculated using the Mie formulae.13 The Mie formula is based on the theory of Mie scattering where light is scattered by a spherical object; thus far away from a sphere the electromagnetic fields can be shown as the sum of a plane wave and a set of ongoing spherical waves.14 The light bouncing off of these spheres formed by the sulphuric acid droplets is a large reason why Venus’ albedo is so high.4 High- resolution spectroscopy of Venus may be used in the future to observe minor parts of the atmospheric composition of Venus at the cloud tops.13

Though named after the goddess of love, Venus’ extreme atmospheric conditions have proven her to be a furious one as well. Investigation was performed to determine how scientists concluded that Venus’ brightness was due to its high sulfuric acid concentration in the atmosphere. Venus appears as the second brightest object in our night sky because it has a high albedo, due to its deadly concentration of sulfuric acid droplets in the atmosphere. This allows the light being emitted from the sun to reflect off and create the almost star-like object in the evening and morning sky. The atmosphere of Venus was confirmed by a multitude of spacecraft missions and high resolution spectroscopy. Its atmosphere is highly concentrated in CO2, which traps heat within by a runaway greenhouse gas effect, effectively making it the planet most likely to resemble hell in our solar system. Scientists have dedicated years of their lives to the study of Venus and its unique and interesting atmosphere. Despite what we know about Venus currently, there is still a lot of research opportunity to study this wondrous planet.