The Mysteries of Uranus and Neptune and Their Scientific Importance 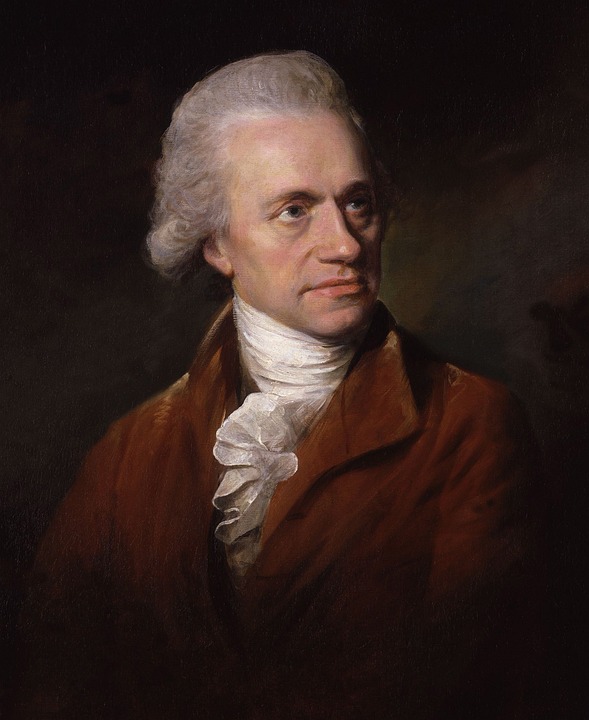 Uranus and Neptune were discovered in 1781 and 1846 respectively.1 This Discovery was significantly later than other planets in our solar system because the planets are so far away. it is very hard to spot Uranus, and impossible to see Neptune with the naked eye.2 Early astronomer William Herschel is credited with the first observation of Uranus, and it was not long until Neptune was discovered as well.2 Using Mathematical equations, astronomers predicted that there was still another planet in the solar system and found the final planet in our solar system.2 It was not until Voyager 2 passed the icy that we got a good look as to what the planets had to offer.

Being so far from the sun it’s easy to assume that these planets are extremely cold, and you are not wrong! These two planets are the coldest in our solar system with frigid minimum temperatures of -224 degrees Celsius.3 These temperatures are so extreme that it is impossible for any organism to adapt to and is cold enough for gases such as ammonia to freeze.4 the classification of planets that these planets are under is called the “Ice Giants”.5  This type of planet is commonly found in the universe, which is baffling to researchers as their composition requires such specific circumstances to form.5 Uranus and Neptune may be similar in size and structure but they each have significant differences that make them unique.

The Formation of Uranus and Neptune

Uranus and Neptune were formed differently compared to others in the solar system. It has been understood through extensive research how Gas Giants and Terrestrial giants formed. However, the mystery remains for ice giants.  The main theory behind how these planets were formed was due to their location during the creation of the solar system.3 The two planets are far away enough from the sun where it is cold enough for complex gases to freeze.3 This caused many ice particles to stick to each other and eventually become the planet that it is.3

this video has a basic demonstration of how ice giants were theorized to form in our solar system. (Start at 4:05-end 6:05)

The Unusual Tilt of Uranus

Uranus is at a weird tilt that is unseen anywhere in our solar system. Referring to the picture below, one can see the difference in how the planet is orientated comparatively. Compared to other planets, Uranus is flipped on its side and rolls around the suns orbit at a 98 degree.5 Back when the planets were formed; researchers believe that Uranus was grazed by two Earth-sized planets that knocked it into the tilt that it has today.5 There is a chance that the planet was formed that way on its own, which challenge everything that we know about planet formation. Planets are meant to spin like tops to gather the necessary gas and rock (or in an Icy Giants case, ice) to form into a planet.6 When this happens the planets usually keep their rotation.6 Having a vertically spinning planet, that was formed this way could offer a new idea into planetary formation. 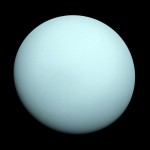 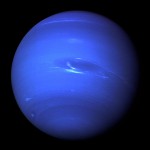 Neptune is oddly fully of heat on the inside while Uranus is not.4 This is a huge reason why the storms that happen on the planets are so different.  Neptune has constant storms that can have wind speeds up to 1500 miles per hour, while Uranus has seasonal storms (that are equally as rough).3 Neptune rarely gets enough energy from the sun to heat up its surface to which is why there are constant storms from ice melting and turning to steam.4 The seasonal storms on Uranus due to the extreme seasons that the planet.4 When a part of the planet is facing coming out of its 20-year winter the temperature shock that the planet receives can cause lighter storms on the planet.

Magnetic Fields of Uranus and Neptune

Unlike on earth or other terrestrial planets, Uranus and Neptune have significantly different magnetic fields. Generally, on planets there is two poles that are radiating inwards and outward pulls.7 However, on Neptune there is something completely different going on. There are upwards of 6 poles that are keeping the magnetic balance within the planet.7 The opinion that NASA must explain this phenomenon is attributed to the ice and the water beneath the ice.7 There are different pressures within Neptune which may be causing rapid changes in the states of ionization, which attributes to electrical conduciveness.7

The Importance of Understanding Uranus and Neptune 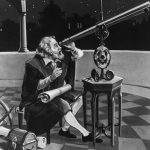 The only time that there was an in-depth view of what is happening on these planets is when Voyager 2 flew by in 1989.1 Because of this, there are only theories about what is on the planet and why they exhibit the traits that they do. The irregularities that these planets show are extremely important to understand more about planetary formation. Though with modern telescopes we can see the storms and the heat that the planets radiate, we will never be able to know what the planet has to offer until we have something tracking the planet.2

Understanding our two icy giants will be beneficial to research. They will provide solutions as to why the icy giant class of planet is so popular outside of our solar system. Solving these mysteries will also give help us better understand the icy giant exoplanets that are theorized to be more popular than any other planet formation.

Uranus and Neptune are the unique Ice Giants that have many odd details that separate them from the rest of the planets. Though they may seem like large desolate chunks of ice, they are both surrounded in mystery. The storms on both planets are uniquely formed and could help us understand what is happening on exoplanets. The tilt of Uranus could provide a new perspective on how planets are formed. Finally, observing Neptune’s magnetic fields would give us a new perspective as to how having multipoles interacts with the elements on the planet. There is an abundant amount of mysteries to solve and having dedicated projects to these mysteries would help us understand the solar system.