An alternative to conventional agricultural production is organic production. While there are many definitions of organic agriculture, the FAO states that organic production “is a system that relies on ecosystem management rather than external agricultural inputs. It is a system that begins to consider potential environmental and social impacts by eliminating the use of synthetic inputs, such as synthetic fertilizers and pesticides, veterinary drugs, genetically modified seeds and breeds, preservatives, additives and irradiation. These are replaced with site-specific management practices that maintain and increase long-term soil fertility and prevent pest and diseases,” FAO 2016.

For more information on the details of organic agriculture, you could visit the Dalhousie University Organic Agriculture Centre of Canada website or Agriculture and Agri-Food Canada.

Figure 10-5: Dalhousie University conducts research on organic agriculture. Source: https://www.dal.ca/faculty/agriculture/oacc/en-home.html Permission: This material has been reproduced in accordance with the University of Saskatchewan interpretation of Sec.30.04 of the Copyright Act.

Organic production is believed by some to produce nutritionally better food, using processes that are less harmful to animals and the environment, where the end result is more sustainable food choices for society. Additionally, organic production isn’t just about the food that is produced, rather it also includes the processes and embodies social values beyond profitability. The Government of Canada defines the following principles for organic production:

Principle of health – Organic agriculture should sustain and enhance the health of soil, plants, animals, humans and the planet as one and indivisible.

Principle of ecology – Organic agriculture should be based on living ecological systems and cycles, work with them, emulate them and help sustain them.

Principle of fairness – Organic agriculture should build on relationships that ensure fairness with regard to the common environment and life opportunities.

Principle of care – Organic agriculture should be managed in a precautionary and responsible manner to protect the health and well-being of current and future generations and the environment.

You’ll notice in the description above the ties to the sustainability of the environment, and society and future generations.

There are many interesting economic issues that arise when considering organic production and organic foods. For one, farmers must follow strict guidelines to ensure that organic principles are met, including the avoidance of synthetic chemicals. To sell products labelled as “organic,” an independent body that ensures organic practices are being followed must certify farming or ranching practices. There are many organizations that do this, but the process can take up to three years to ensure that non-organic chemicals cannot be traced in the soil and in livestock.

We can see immediately that there is a cost to doing this and more importantly, an opportunity cost. If a farmer decides to convert to organic production, any foodstuffs grown in that period cannot be sold as organic. Additionally, organic production yields are generally lower than that for conventional agriculture. Each of these economic aspects (costs of conversion, and lower quantity) will affect profitability. So, why would any conventional farmer convert? First, because they believe in the process and value foods produced in such a manner, but also to realize a price premium – organic produce typically sells for more than the conventional counterparts. Check the store the next time you go shopping.

If you were asked to give your opinion on organic production in agriculture and to elaborate on some of the economic issues that arise, what would you say? You could take the business approach and talk about the costs of production, the conversion costs plus the cost of certification, and eventually figure out if the business is profitable. There are other issues that arise as well.

How can you tell the difference between an organic potato and one that was produced conventionally? In a blind taste test, would you be able to distinguish between an organic apple versus one that came from a big non-organic orchard (Figure 10-6)? Could you do nutritional analysis perhaps to determine if a piece of organic corn and more nutrients than regular cob? It is highly possible that you might not be getting what you pay for, especially when organic foods cost more.

This is another case of information asymmetry, which requires government intervention. The solution, in this case, is to ensure that foods produced using these two different processes are not mixed up, and that final products contain labels. Both result in higher costs of production (also adding to the price). 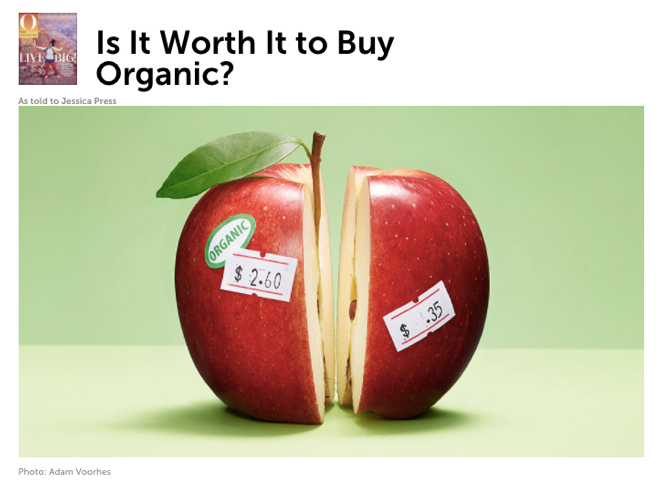 Figure 10-6: There are two sides to every story - would you buy organic or not. Source: http://www.oprah.com/health/Is-Organic-Food-Worth-It Permission: This material has been reproduced in accordance with the University of Saskatchewan interpretation of Sec.30.04 of the Copyright Act.

As part of the definition of organic, sustainability is key. Let’s take a broader look. What are we trying to sustain? Module 3 pointed out three pillars of sustainability – environmental, economics, and social. Does organic production promote sustainability in all three?

Let’s look at this question in light of the growing population. What can we say about converting more conventional cropland to organic agriculture to solve the world’s impending food security crisis? If the yield is lower, can we realistically expect to feed more people? On the other hand, if by increasingly adopting organic production methods we create less environmental damage and reduce adverse human health effects, can we afford not to move toward organic production? What are the trade-offs and what are the opportunity costs?

Finally, what if you are a conventional farmer and demand for organic food is rising? Consider what happens at the margin, what are the effects of income and population on the demand for both types of products, and under what conditions consumers might substitute one for the other. I will leave you with these questions.