You will have noticed that some of the numbers in the profit column were red (negative).  The willow biomass producer doesn’t begin to make a profit until approximately 15 mg/ha: up to this break-even point, costs are higher than revenues.  Once the producer passes the first point, revenue increases to be greater than cost and the producer makes a profit.  However, there’s another point beyond the point of positive profits where the producer will lose money again.  Both points, where TC = TR (and profit is zero), are called breakeven points.  The goal for the producer is to make the most profit, which will be where the vertical difference between the total revenue curve and the total cost curve is maximized. 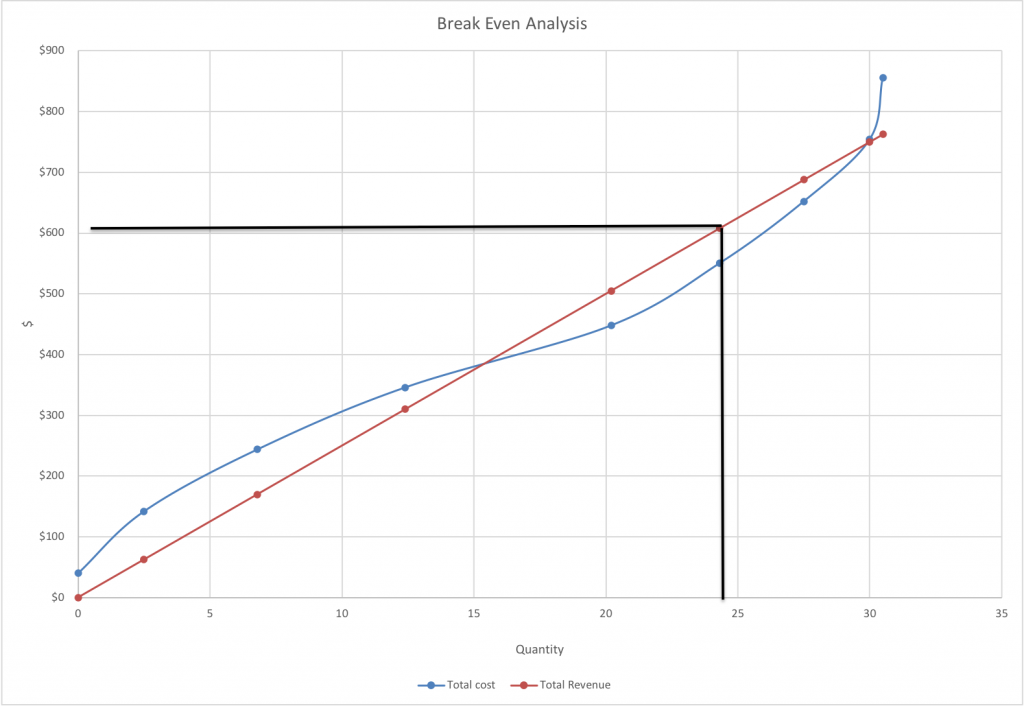 We can also map just the profit (the last column in table 4) against output. Figure 5-6 illustrates very clearly the two break-even points at about 15 mg/kg and 30 mg/kg and the optimal point of production at 24.3 mg/kg with a profit of $57.50.  Two red stars indicate the break-even points. 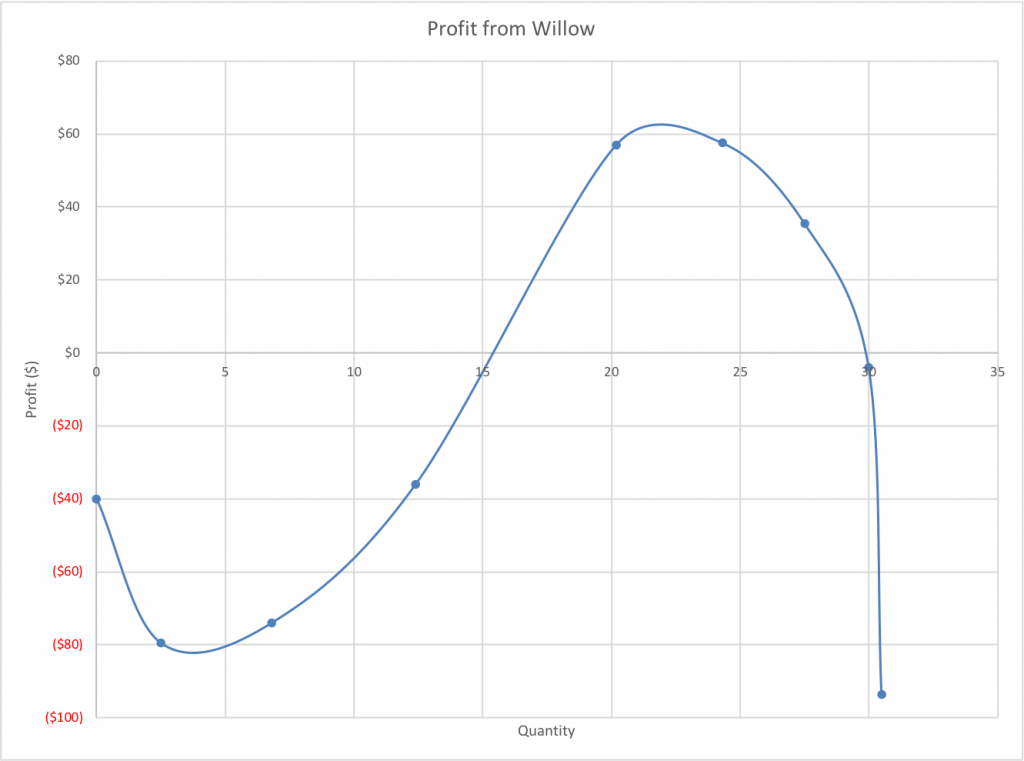 Now that you know the mechanics of how costs and price are related to production, it’s time to explore what happens to profit when we change production, or costs, or prices.