As society has evolved and become more urban, animal rights and animal welfare have received more attention from consumers.  Many people choose to be vegetarian or vegan because they object to how animals are treated, while others who continue to eat meat are demanding more humane treatment in terms of housing, veterinary medicine, and slaughter for example.  As a result, since demand gives rise to supply, it is possible to get products where the animals have been treated without cruelty. 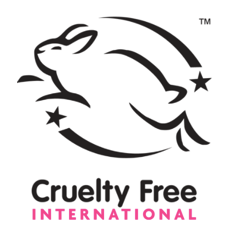 Source: https://www.crueltyfreeinternational.org/LeapingBunny Permission: This material has been reproduced in accordance with the University of Saskatchewan interpretation of Sec.30.04 of the Copyright Act.

However, it is very difficult to tell just by looking at a product whether it was raised or slaughtered using humane methods.  How could you determine whether an egg came from a chicken living in a crowded battery cage versus one that had the freedom to behave naturally, for example?  Cruelty or a lack of animal welfare can be considered market failure either in terms of information asymmetry (the consumer doesn't know what they are buying) or a negative externality in that the costs of animal suffering result from the failure to pay for larger pens or veterinary services for example. 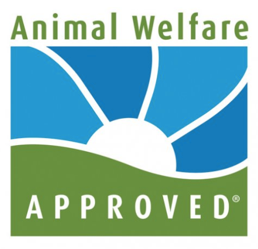 Source: http://www.humaneitarian.org/what-is-humanely-raised-meat/humane-certifications/ Permission: This material has been reproduced in accordance with the University of Saskatchewan interpretation of Sec.30.04 of the Copyright Act.

In the case of information asymmetry, labelling has been used (Animal Welfare Approved and Cruelty-Free for example) to indicate that products have been raised using certain methods and held to minimum standards.  In the case of externalities, government regulations and laws can be used to internalize the problem by requiring better housing and or/cages, the freedom to move and behave naturally and to live without pain and fear.  Additionally, governments have the power to use ban trade in animal products that are not sustainable or humane.  However, higher standards impose costs on producers (which is often why they are avoided in the first place), resulting in higher prices that reflect the true cost of humane production.  The link corresponding to Figure 11-9 illustrates the difference in opinions regarding animal welfare in Canada.

Figure 11-9: Bill C-246 was defeated in 2016. Source: https://openparliament.ca/bills/42-1/C-246/ Permission: This material has been reproduced in accordance with the University of Saskatchewan interpretation of Sec.30.04 of the Copyright Act.

Canada’s laws have not been updated in over a century. Bill C-246 was introduced to increase protections for farm animals and pets, to protect sharks from being defined, and a variety of other issues however it was defeated in October of 2016.

We could look at animal welfare from a number of different perspectives, economic being the first.  Clearly, increasing rules and regulations to protect animals will result in higher costs to producers that will ultimately be passed on to consumers.  If we view the situation as an externality whereby animal suffering and cruelty are a result of neglect and market failure, then the solution is to internalize these costs by raising standards.   At the margin, many people say that the animal laws are “tough enough” and do not need to be strengthened.  This view depends on your values surrounding animals and animal welfare. Figure 11-10 illustrates hens in a battery cage and free-range hens.

We could also argue from an ethical perspective both ways: the ethics of animal cruelty, or the effects higher food prices will have on people in lower-income brackets.  We could also argue from a legal perspective, citing that our laws are already sufficient to charge and people with counts of cruelty if they are caught.   Thinking at the margin, some might ask whether the laws are sufficient.

Finally, we might consider environmental sustainability – research suggests that raising meat is detrimental to the environment because it takes much more feed to raise beef than if we produced crops for human consumption.  The result is that we require increasingly more land to produce food for human consumption often converting wildlands at the expense of the ecosystem.

Would you vote for Bill C-246 or against it?  What reasoning might you use to argue whether the bill led to more sustainable and humane meat production? On what other grounds would your argue for or against the bill?